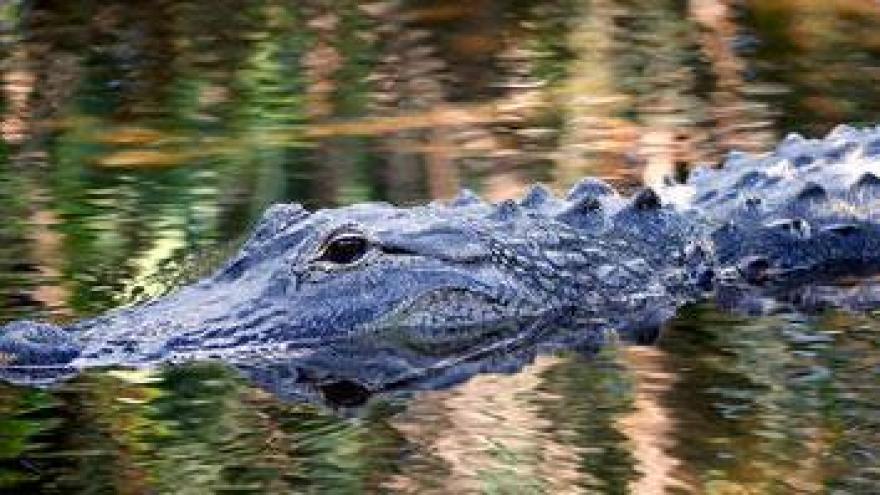 ORLANDO, Fla. (CBSNews) -- A Florida teenager who climbed into a tree to escape an aggressive alligator while swimming in a creek was rescued by a deputy who shot the giant reptile with a semi-automatic rifle. Jordan Broderick had been hanging in the tree for a half-hour on Friday when Deputy Mitch Blackmon arrived at the creek in Astor, Florida. The 15-year-old girl climbed into the tree after encountering the gator while rafting, according to an incident report released on Monday.

"My daughter is stuck in a fricking tree and there are gators surrounding her. We can't get her out. She's just 15!" the girl's mother shouted to a dispatcher in a 911 call. "Oh my God. Please hurry! Please hurry!"

The girl's mother, whose name was redacted from the 911 call, told a dispatcher that the family had been visiting the area to swim and camp. When told by the dispatcher that it could take as long as 20 minutes for a marine unit to get to the area, the mother said, "Oh my god! My daughter is going to be f------ dead!"

But Blackmon arrived at the creek before the marine unit and he heard Broderick screaming from the tree. The alligator was hissing and wasn't scared off by the deputy's presence, according to the report.

The almost 11-foot-long gator started moving toward Blackmon so he fired at it with the rifle, the report said.

Last month, search teams located the body of a woman who vanished in South Florida. The woman was apparently dragged into a pond by a large alligator.