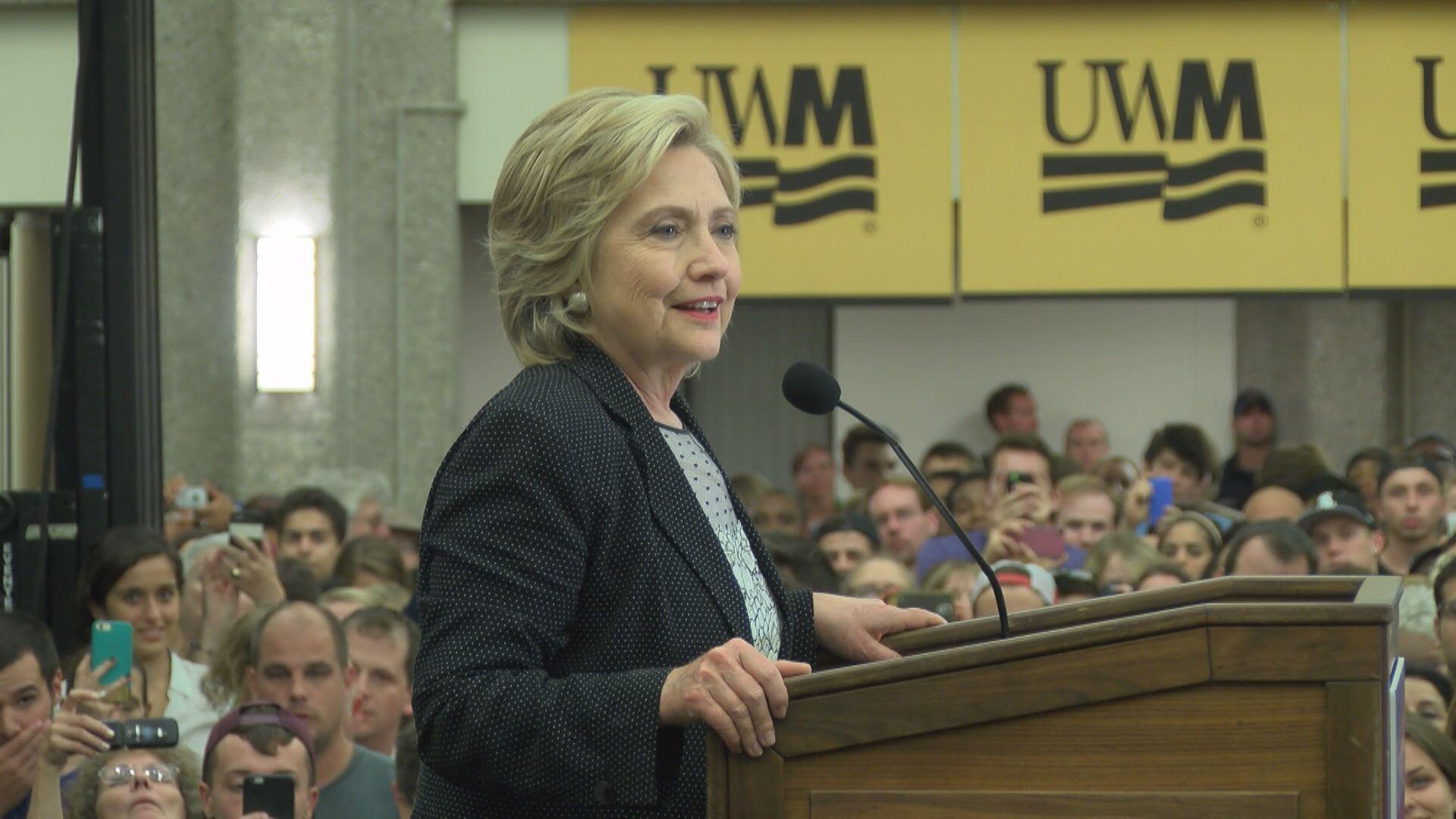 Hillary Clinton asked people here at UW- Milwaukee to join her campaign by knocking on doors, talking to neighbors, and to help her become the next President on the United States.

Inside a packed Wisconsin room on the UW-Milwaukee campus, Hillary Rodham-Clinton brought the crowd to a roar over and over.

\"The rich need to pay their fair share for America.” Clinton said.

Clinton said, \"Governor Walker has made it his personal mission to rollback women’s health and rights. He did defund Planned Parenthood making it harder for some Wisconsin women to get those cancer screenings; those breast exams, that birth control.\"

Clinton took aim at Walker a couple times, and near the end of her speech mocked Walker's leadership.

Clinton supporter Kami London said, “I thought what she said was nothing but the truth. I don't support him as the governor of our state, or anything that he stands for.\"

Hamilton said, “Hillary along with Mayor [Tom] Barrett are the only people that have shown any kind of empathy for my loss.”

Clinton did not mention Bernie Sanders. A Quinnipiac University poll released Thursday morning showed Sanders now has a lead over Clinton in Iowa. It's his first lead there according to the poll.