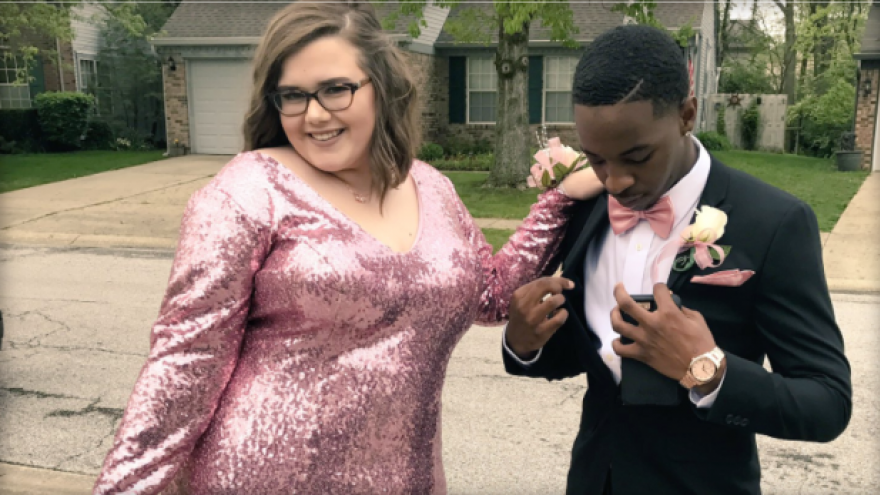 It was supposed to be the best night of her life -- senior prom -- but when Madison Haulter returned from the dance Saturday she was greeted with a flood of negative comments that nearly ruined her perfect evening.

The senior at Pike High School in Indianapolis, Indiana, posted photos of herself dazzling in a pink sequin dress with her boyfriend Tre Booker.

Haulter just wanted to mark the occasion, but soon the photos she shared on Twitter went viral and the online bullies followed.

"Wow he loves you even tho you're fat," one Twitter user wrote.

"How much is the bet?" another asked.

Instead of firing back, Haulter simply wrote: "Don't see how people can be rude to people they don't even know."

Her response went viral with more than 6,600 retweets and received thousands of replies, praising the young girl for her positive attitude.

"You guys are so beautiful and don't let the sad people of society ever take away those beautiful smiles. Hope you guys enjoyed your night," one Twitter user said.

"You looked great & your confidence has always made u look even better!" another replied.

"I just want people to realize the power behind their words," Haulter told CBS affiliate CBS4Indy. "You can't sit behind a computer screen and say anything you want to because your words can have a big effect on other people."

Haulter has been dating Booker for more than a year now and she wants her followers, especially those who are plus-sized, to know that looks don't define you.

Haulter's dad, Tom, is proud of the positive message his daughter is spreading.

"Really proud of these two," he told CBS4Indy. "Tre is a young man full of integrity with a genuinely good heart and treats her like a queen."

The couple has big dreams for their futures.

In the fall, Haulter will join the class of 2021 at Indiana University–Purdue University Indianapolis with a major in psychology. She plans to become a school counselor. Booker will stay close by at Ivy Tech Community College of Indiana to earn his associate's degree.

"They both have good heads on their shoulders, and it's fun watching them grow together," Tom said. 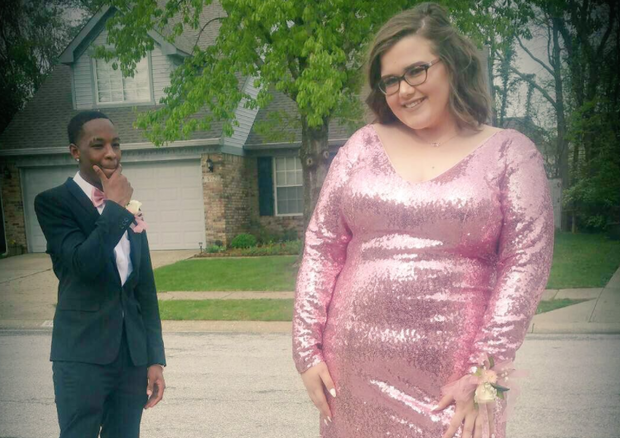