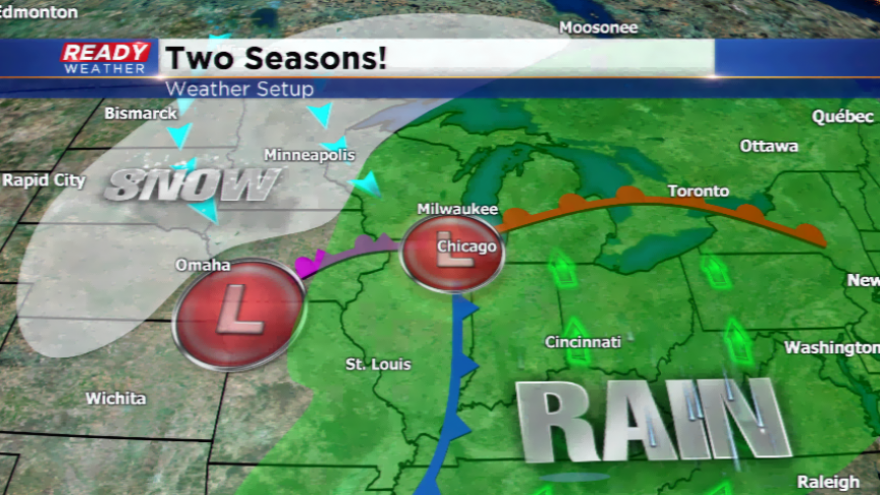 It feels like it has been raining for the last week! When will it come to an end? Soon, folks, soon! A potent, slow-moving low pressure system with a great setup for heavy rain has setup in the Plains and Midwest.  There have been several rounds of showers and thunderstorms the last few days.  The rain overnight was the heaviest batch we will see with this storm.  Most locations around SE Wisconsin have now picked up over an inch of rain, or more. Milwaukee ended the month of April off at over 6" of precipitation, within arms grasp of the record set a few years ago.

All of this rain has led to some minor flooding.  The Fox River in Kenosha County is near flood stage, and is expected to rise above flood stage later today and into Tuesday.  A Flood Warning has been issued for near New Munster until Thursday 1PM.  The stage was just around 10 feet as of Sunday night, and flood stage is 11 feet.  With the recent rain, waters could rise to about 11.4 feet, and then begin to recede by Thursday afternoon below stage.

Another round of scattered showers will be possible later today, especially after lunch time through early Tuesday.  The storm system will track northeast, and this will usher in a drier weather pattern.  High pressure settles in behind the low.  Sunshine rolls in by Wednesday, and those sunny skies could hang around for the rest of the week.  Folks around the Fox River will be happy about this (along with everyone else!).