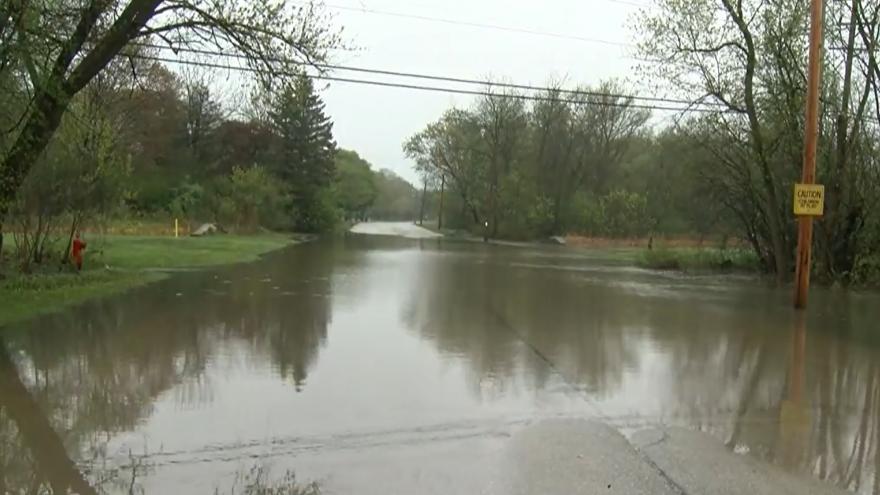 MILWAUKEE (CBS 58) -- Heavy rains caused flooding across southeast Wisconsin and several roads had to be shut down.

Root River Parkway at Layton Avenue in Greenfield, had to be shut down due to flooding concerns.

A CBS 58 crew saw a driver have to abandon his van after he drove through the floodwaters and then his vehicle immediately wouldn't start.

The crew also saw a man driving through the flooded roadway and it's what Greenfield police are urging drivers not to do because even big vehicles can be swept away with as little as six inches of water.

Sunday, May 17, firefighters had to rescue people in West Allis who did the same thing and their SUV got swept away.

"The water is pretty high. It’s pretty over there. Curiosity. You know I like being outside. I work in landscaping so I’m outside all day long when the water is not too high, but I haven’t been able to get the chance to come out so now I have the want to go check it out,” said Nicasio Gomez said, who walked down to check out the flooding.

Near Franklin, high waters closed both north and southbound lanes of Wisconsin 241 near Franklin around 8 a.m. Both lanes remained closed at noon.