"He nearly ran me over:" Germantown Police searching for two armed robbery suspects 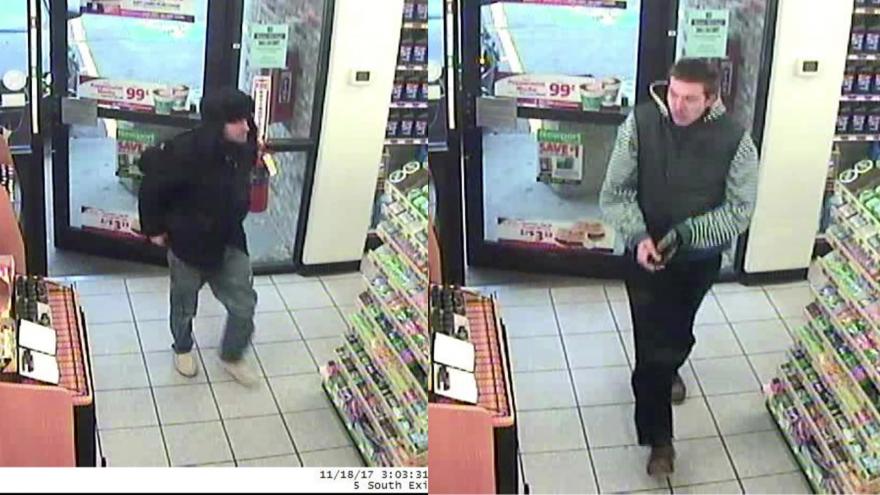 Germantown Police are searching for two suspects involved in an armed robbery at the GT Vapor Store on Saturday.

The same two suspects are seen leaving in a 2009-2014 Chevy Aveo with an unknown license plate number. A Germantown Police officer attempts to stop the suspects. He set a tire deflation device on Lannon Road. The suspect vehicle drove towards the officer, who was on foot, and nearly hit him.

On dash camera video, you can hear the officer stating, "Heading towards I-41, he nearly ran me over."

The officer pursued the vehicle but lost sight of the suspects who were driving recklessly. The suspects were also seen at a nearby gas station shortly after the robbery. Investigators noticed one of them has a tattoo on his right hand.

Investigators believe this armed robbery could be related to other robberies in the area. If you have any information contact Germantown Police (262) 253-7780 or Washington County Law Enforcement Tip line 1(800) 232-0594.