Harvey continues its wrath on Texas 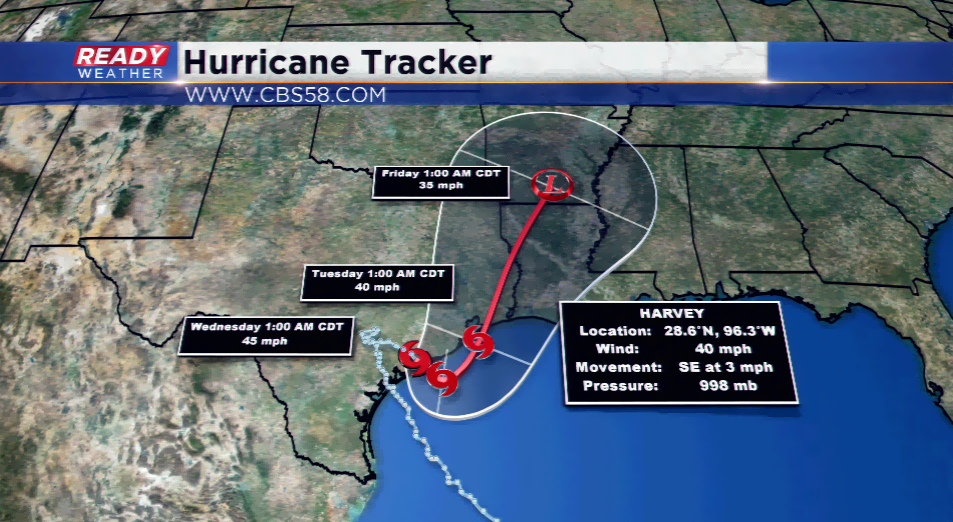 It’s rare to see or hear the words from the National Weather Service saying “This event is unprecedented and all impacts are unknown and beyond anything experienced. Follow orders from officials to ensure safety”. These are words to explain the wrath Harvey has had, and will continue to have, on southeast Texas.

Bands of tropical moisture around Tropical Storm Harvey are causing catastrophic and life-threatening flooding in that region. Flash flood emergencies are in effect for many locations around the Houston area where 25”+ of rain has fallen. Several swift water rescues have been conducted, and many others are waiting to be rescued.

The forecast shows Harvey stalled out for a few more days with weather systems to the north not letting it move out until later this week. This could allow Harvey to head back over the Gulf and redevelop and strengthen. It’s possible some locations picking up over 50” of rainfall when all said and done.

This type of flooding could not only rival Katrina’s fury, but this could go down as the worst flooding in U.S. history. 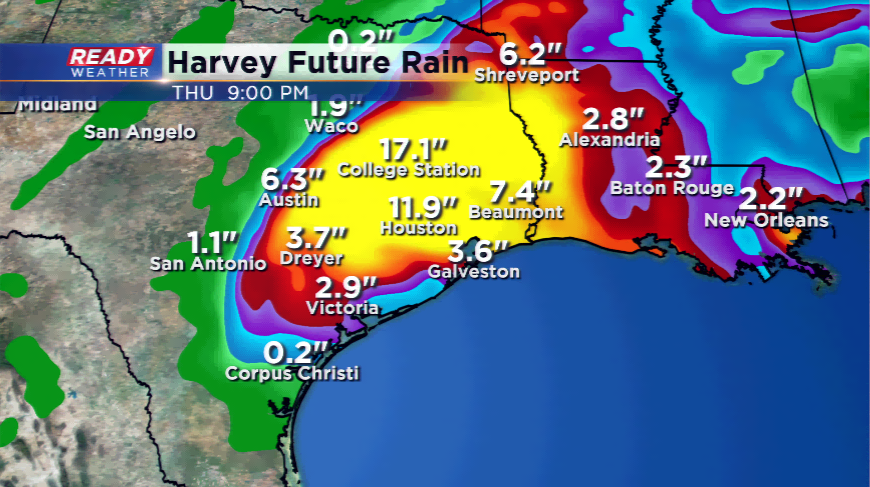