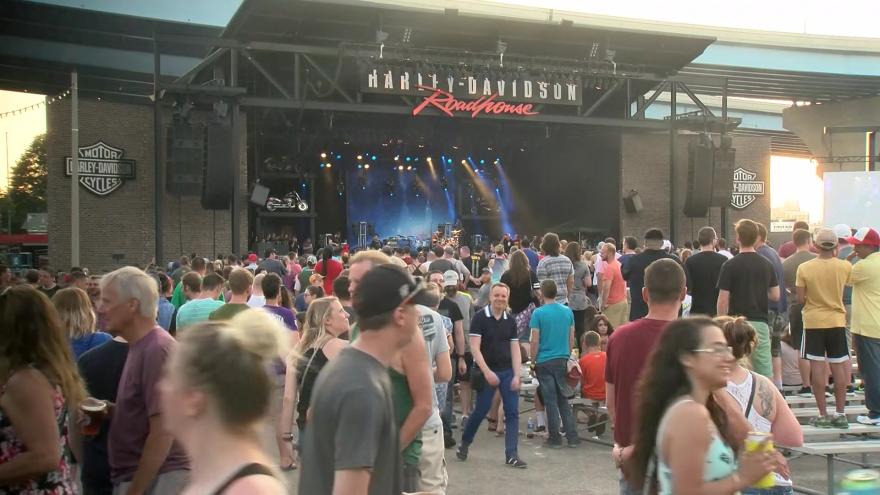 In the statement, Milwaukee World Festival, Inc. said Harley-Davison has been a major sponsor of the Big Gig for the last two decades, celebrating many diverse artists that played the Harley-Davidson Roadhouse.

Read more of the statement from Milwaukee World Festival, Inc. below:

"We enjoyed having Harley-Davidson associated with Summerfest and celebrate the many diverse artists that played the Harley-Davidson Roadhouse through the years, including Keith Urban, Pitbull, Hall & Oates, Scorpions, Wiz Khalifa, The Doobie Brothers, Lil Uzi Vert, Louis The Child, and Sugarland.

As times change, Summerfest, the Milwaukee business community, and our sponsors evolve, bringing new opportunities. All of us at Milwaukee World Festival, Inc. are looking forward to a new chapter of the festival in 2021, including bringing on new partners to grow Summerfest. The magic of music is at the core of the Summerfest experience, and the same world-class performances will live on, allowing a new generation of performers and fans to create festival memories."

Milwaukee World Festival, Inc. is grateful for the two decades that Harley-Davidson was a major sponsor of Summerfest, but that time has come to an end. We are looking forward to a new chapter of the festival, as well as a new stage sponsor in 2021, which will be shared soon. pic.twitter.com/DnPbe3rRwb

A spokesperson for Harley-Davidson released the following statement Thursday:

"As we overhaul our business and execute The Rewire, every function and process is being rebuilt from the ground up to prioritize our efforts and drive sharper focus, including The Harley-Davidson Foundation. We celebrate the Summerfest memories created through the years and will continue to provide essential support to the Milwaukee community through our Foundation giving."