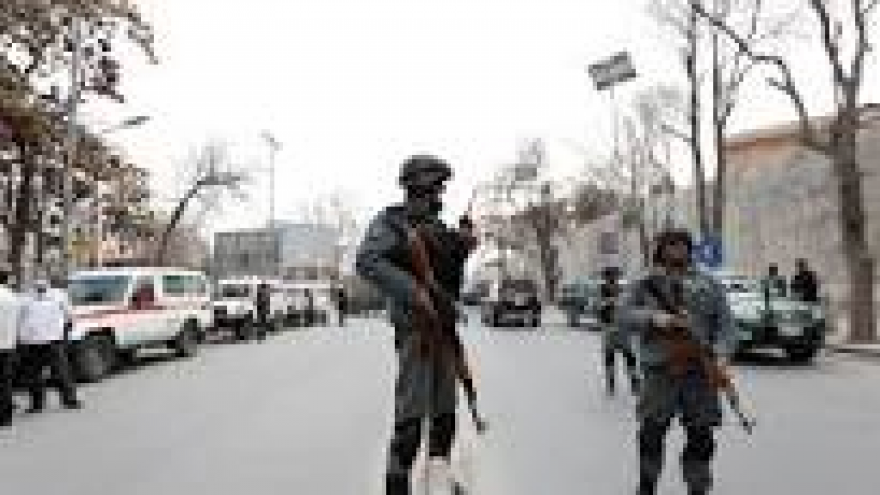 The 400-bed military hospital is located near two civilian hospitals in the Wazir Akbar Khan area of Kabul, which is also home to several embassies, including that of the U.S.

The Afghan Defense Ministry said in a statement the attack began when a suicide bomber blew up his explosives at the hospital’s southern gate, while three other armed assailants, dressed as medical  personnel, made their way inside.

The assailants began firing, and Afghan special forces raced to try to repel the attack, the statement continued.

As the fighting went on, a second explosion was heard inside, the Reuters news agency reported.

One attacker was killed and the other two were hiding behind a staircase, the defense ministry said.

Officials waited until Afghan security forces evacuated all patients, then pressed to try to kill the other two, the statement said.Health Ministry spokesman Ismail Kawasi said at least three bodies of civilians and more than 60 wounded people had been brought to nearby hospitals, adding that the toll was likely to rise, since ambulances were still at the scene.

Gen. Dawlat Waziri, a Defense Ministry spokesman, said one member of the security forces was killed and three others wounded.

Afghan helicopters circled over the area, which was surrounded by security forces.

Abdul Qadir, a hospital worker who witnessed the attack, said an attacker in a white coat shot at him and his colleagues. He added that there were seven patients prepared for surgery at the operation theater where he works at the time of the attack.

President Ashraf Ghani condemned the attack during an address in honor of International Women’s Day, calling it “an attack on all Afghan people and all Afghan women.”

The assault on the hospital came exactly a week after the Taliban launched a complex attack in Kabul targeting security forces that killed at least 22 people and set off clashes that lasted several hours.

The Taliban, who have been at war with the U.S.-backed Afghan government for more than 15 years, typically step up their attacks in the spring, when they can more easily maneuver across the country’s mountainous terrain.