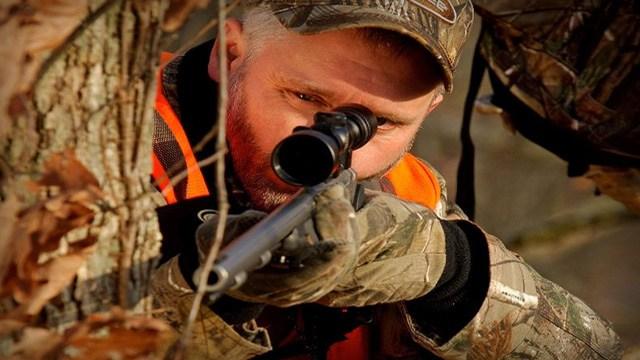 The preliminary numbers say almost 205,000 deer were killed during the nine-day gun-deer hunt.  That is more deer than the previous year.  The big change this year deal with registration.  The electronic registration process replaced in-person registration.  For the DNR, they say it's about hunter convenience.  For shops like Whale-Tales Archery in Dousman, it was a yearly tradition to be a registration station.

"We miss seeing a lot of the deer, a lot of the success stories," Whale-Tales owner Krischan said.  "It was always super exciting to see someone bring in their first deer, especially the kids and have a big, great story to tell."

"I think if you look way into the future that's the biggest thing we'll lose from in-person registration is most of the time you sit and you have a miserable experience, you hate the sport, you're cold, you're bored and you're thinking of everything better you could have done with your time," Krischan said.  "But I think registration provided a success outlet for those people. They'd come in and see a big deer and someone all excited  and it would refuel them to get back out and keep participating in the sport."

He says it can also help local businesses serving as registration locations.

"It's networking in it's best form. I mean you're getting people in and people are seeing other people's success and I think is the point that keeps coming back up. Of course there's impulse buys, you're fueling the local economy. Gas, gas stations, restaurants and all that stuff."

But he admits he can see it from both sides.

"Convenience has been the biggest benefit of the system. I think a lot of people are loving it," Krischan admits.  "Especially Sunday afternoon hunts or when weather's a little warmer earlier in the season, they don't have to figure out how to get it registered and what they're going to do.  But you see the other side where yeah its, there's no stories, you miss seeing the excitement and getting people fired up."

The DNR released information below about the 2015 hunt:

MADISON - More than 600,000 deer hunters embraced the excitement of another nine-day gun deer season in Wisconsin, and preliminary numbers show an increase in both deer registration numbers and license sales through the end of the nine-day season.

Message of thanks from Gov. Scott Walker and Secretary Stepp
With the end of another Wisconsin nine-day gun deer season, Gov. Scott Walker and Stepp have shared a video message with hunters and their families.
"I would like to thank each and every hunter for another great nine-day deer hunt - we at the Wisconsin Department of Natural Resources rely upon your feedback and support," said DNR Secretary Cathy Stepp. "I've heard some great stories from the field so far, and I want to remind hunters that opportunities remain to continue your hunt and enjoy more time with family and friends."

Preliminary harvest summary
This year's preliminary nine-day gun deer hunt registration figures indicate a total of 204,725 deer harvested during the nine-day season, compared to 199,583 in 2014. Since this is the first year using the GameReg system, department staff are verifying this preliminary data to make sure it is correct. It is possible that this number may change slightly following additional evaluation.
"I'm pleased to see an increase in deer harvest numbers from last year," said Bob Nack, DNR big game section chief. "Hunters experienced varying levels of success throughout the state and had an enjoyable time with family and friends."
A more specific registration breakdown will be available tomorrow - to view the current registration total and Wednesday's update, visit dnr.wi.gov and search keywords "weekly totals." To access harvest statistics from previous years, search keywords "harvest summary."
In 2015, preliminary nine-day harvest numbers were collected through the GameReg system. Hunters were required to register their deer by 5 p.m. the day after harvest, as opposed to 5 p.m. the day after the nine-day season closed in years past.
DNR customer service staff received positive feedback from hunters throughout the nine-day season as they learned to use the new system. Hunters who forgot to register their deer are required to do so, even if beyond the 5 p.m. daily deadline.
For more information, search keywords "electronic registration."

Hunting Incidents
DNR investigated eight hunting incidents during the nine-day gun deer season: five non-fatal (Rock, Marathon, Jackson, Polk and Manitowoc) and three fatal (Columbia, Waushara and Marathon).
The department expresses sincere condolences to the family and friends of the victims of these tragic incidents. However, the trend of hunting incidents continues to go down. This is a result of safer hunters, hunter education, the volunteer instructor corps and outreach efforts covering four rules of firearm safety, blaze orange clothing, treestand safety practices, and hunters planning their hunt and then hunting their plan.
More than 600,000 gun-deer hunting licenses were sold this season, with those hunters venturing to the field to enjoy a great tradition in Wisconsin. They included non-resident, resident and mentor hunters. Eight hunting incidents resulted in 1.31 incidents per 100,000 hunters. Wisconsin's 10-year average is 1.36 incidents per 100,000 hunters.
"As long as every hunter remembers and practices the Four Firearm Safety rules, hunting can and will get safer," said Jon King, DNR conservation warden and hunter education administrator.

Hunters are reminded of additional opportunities to hunt deer in Wisconsin after the close of the nine-day season. This year's muzzleloader season is currently open through Dec. 9, and the late archery season is open through Jan. 3, 2016. A four-day antlerless-only hunt will take place Dec. 10-13 - any legal firearm, crossbow or archery equipment may be used during this hunt. The holiday hunt will not be offered in 2015.
The gun deer season will remain open through Dec. 9 in metro sub-units, while archery hunting in these areas is open through Jan. 31.

Hunters asked to participate in online Deer Hunter Wildlife Survey
The Deer Hunter Wildlife Survey will remain active until all deer seasons have ended, and wildlife managers ask that hunters submit a report of what they saw during their time in the field. This information will provide valuable data used to improve population estimates for Wisconsin's deer herd and other species.
For additional information, search keywords "deer hunter wildlife."

County Deer Advisory Councils
As a reminder, those interested in providing important feedback regarding deer management are encouraged to participate in County Deer Advisory Councils. These councils use a number of resources, including deer population data, harvest data, public input and other information to provide recommendations regarding deer management in their county.
Additional information regarding CDAC recommendations, agendas and membership can be found at keyword "CDAC" - any additional questions can also be sent to DNRCDACWebMail@Wisconsin.gov.

While counting down to next year's hunt...
In four words or less, show us your favorite fall and winter traditions! Videos should contain no spoken words and be less than 15 seconds long and pictures will need your words included.
For a better idea of what your video or photo may look like, check out this video featuring DNR staff and their families.

Entries will be reviewed by department staff and considered for submission in a music video which will be made available for public view. To enter, simply fill out this form and upload your photo or video. Enter as many times as you'd like!
For more information and a look at pictures submitted from the field, visit the department's facebook page and select "Your Tradition, Your Words" under the "more" tab or visit dnr.wi.gov and search keyword "your traditions."
Those hunters who harvested their first deer this season are also reminded to fill out a first deer certificate and commemorate a successful hunt. A printable certificate will be sent to the email address provided.