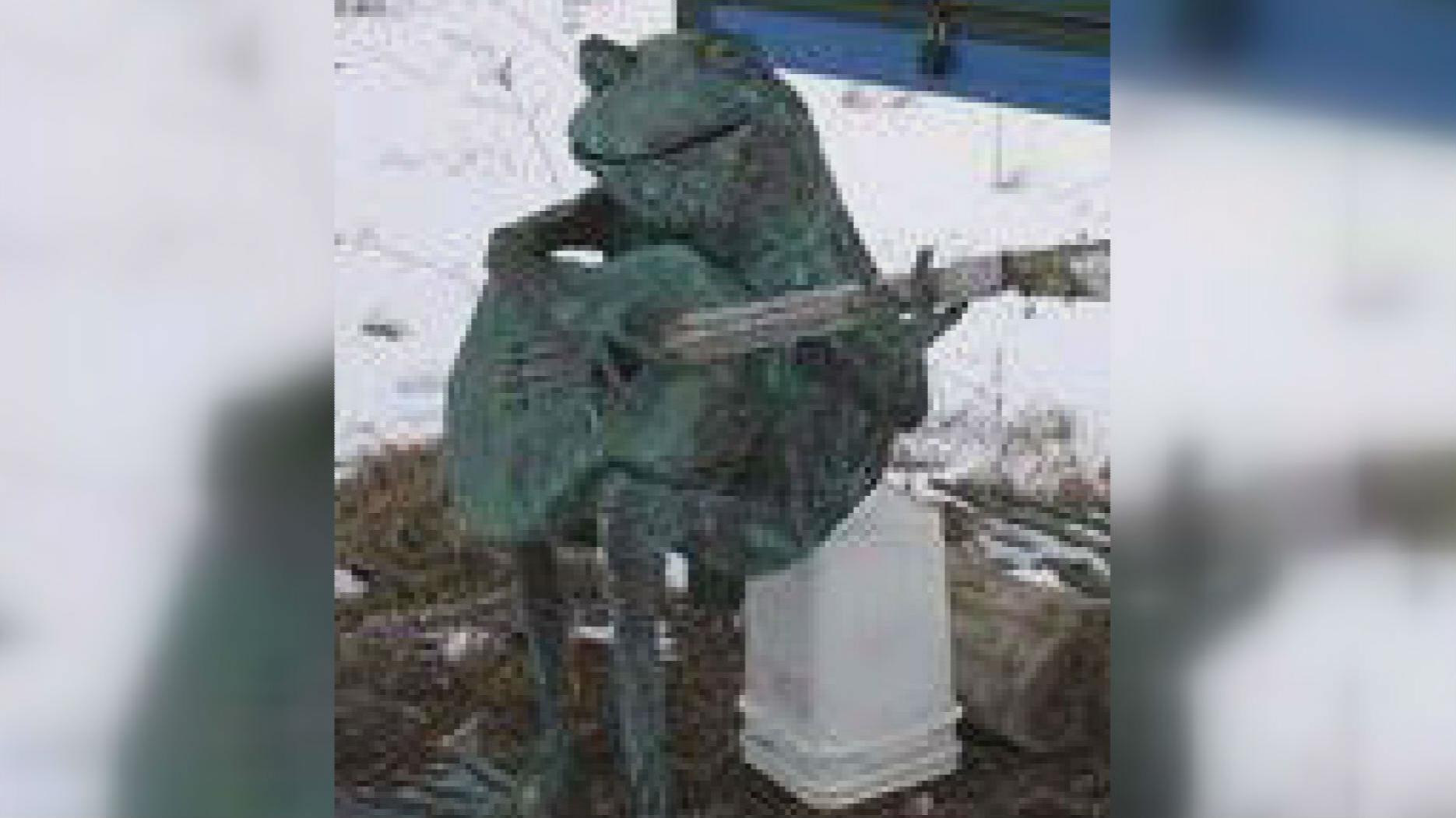 It sounds like the plot from of a Scooby-Doo cartoon -- a guitar-playing frog sculpture vanishes in West Bend -- but \"West Bend Friends of Sculpture\" Executive Director Shawn Graff isn't entertained.

In 1999, a local bank donated a trumpet, violin and guitar-playing trio of copper frogs to the city.  Lately, they've moved various places downtown.  In January 2015, the guitar frog was supposed to go on loan to a business in Fredonia.  The frog disappeared from a Main Street bench in West Bend and people thought it simply moved again.

\"When the businesses finally spoke to each other they realized the frog was missing and it was reported to us in early March,\" West Bend Police Lt. Micheal Hartwell said.

There isn't much security on the frogs.   The violinist sits freely, the trumpeter is chained and the guitar frog was simply strapped down.

\"Probably [weighs] about 50 pounds, so an adult person with any sort of strength could pick one up and carry it to a car,\" Graff said of the sculpture.

Police aren't sure if someone took the frog to try and sell for scrap metal or as a prank.  Business workers downtown were upset with the frog's theft.

\"I think it's horrible,\" Sue Bales said of the crime.  Bales works at Savoring Thyme gift store on Main Street.  \"I don't know why anybody would want to spoil people's fun.\"

\"Whether it's the person who has their car broken into, we take all our crimes very seriously,\" Lt. Hartwell said.

\"Return the frog safely,\" Graff requested Tuesday.  \"We just want the frog back.  That's the most important thing.\"

The Friends of Sculpture is offering a $500 reward for the frog's safe return.  If you know anything about where guitar frog could be, call West Bend Police at 262-335-5000.

For more info about the frogs and the West Bend Friends of Sculpture, visit their website here.