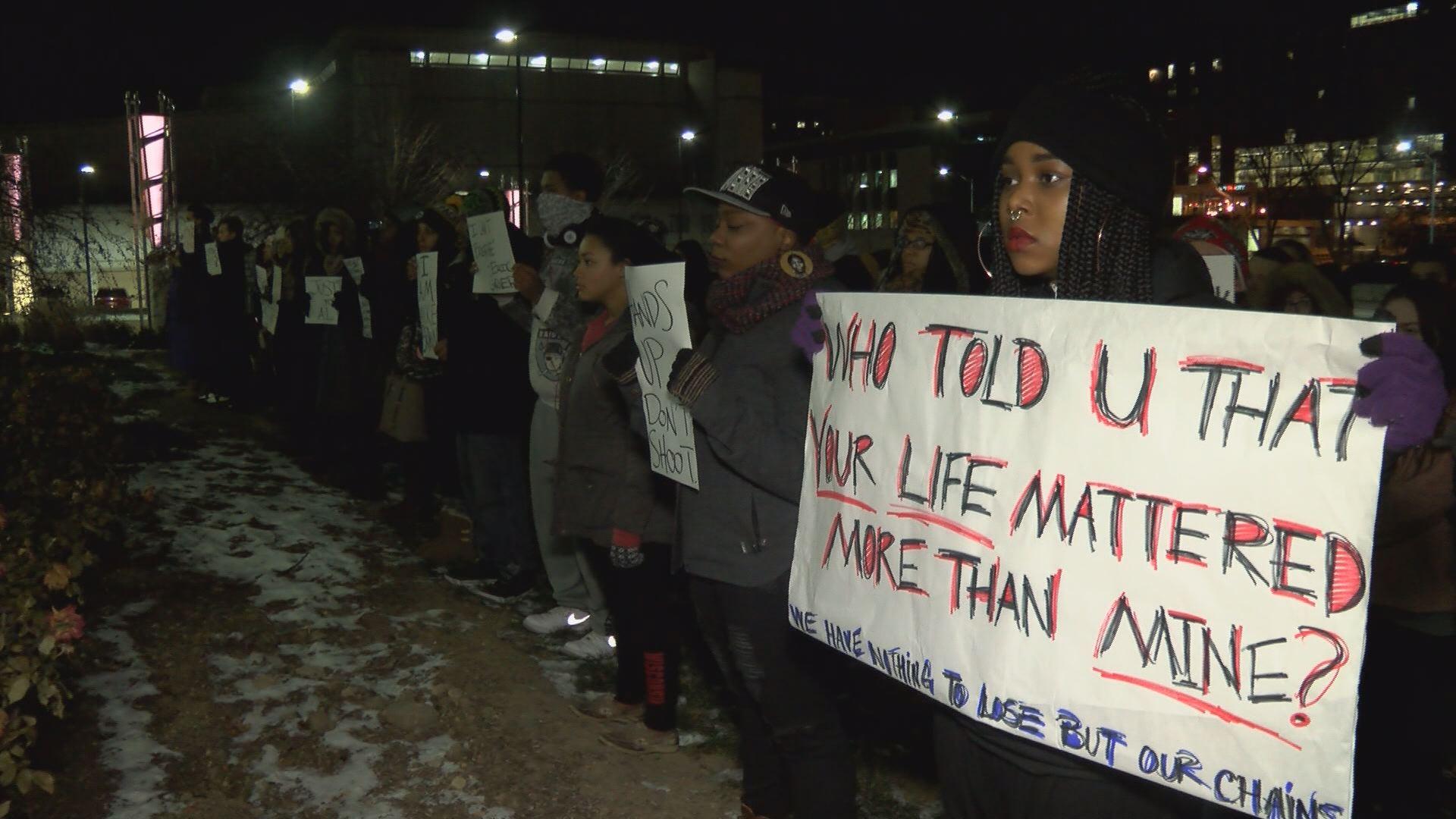 As protests broke out in New York over the non-indictment of a police officer who killed the unarmed Eric Garner with a choke-hold, the issue sparked a smaller protest in Madison. CBS 58's David Ade was right in the middle as it unfolded.

Just before the end of the Wisconsin/Duke game Wednesday night, a group of more than 100 protesters showed up on the Kohl Center grounds staging a silent protest while facing backlash from some of the people leaving the game.

A large group made of mostly college students stood off the main walkway and in the grass. They held signs about racial injustice and inequality.

“Sparked from the non-indictment of the officer who killed Eric Garner this summer.” explained UW-Madison student and protest organizer Eric D. Newble Jr.

The protesters stayed silent, even when some shouted racially charged or profanity laced comments their way.

“-expletive- you guys. Go get a job.” one man yelled as he walked by.

“I wasn't surprised. It was a lot of the types of things that are opinions that are held but not often times voiced.” Newble Jr. said.

Aside from the police already inside the Kohl Center for the game, there was no noticeable police presence surrounding the protest.

The only time anything got physical was a man grabbing at a photographer trying to take a picture, this happened just after the man stood in front of the protesters yelling at them.

Some of the people involved in the protest say there were moments they felt the tension start to pick up and they were getting nervous, but are happy things stayed peaceful.