Grilling inside of garage causes major fire in Mount Pleasant 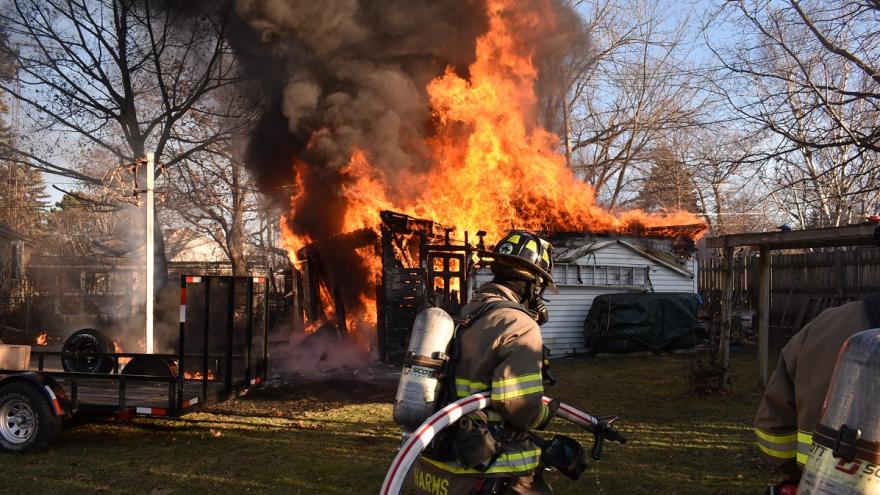 Several agencies responded to a large garage fire in Mount Pleasant Monday afternoon. Fire officials say the fire was caused because someone was grilling inside their garage too close to flammable materials.

The fire was reported slightly before 3 p.m. at a house on the 4600 block of Spring Street in Mount Pleasant. When first responders arrived they found the three-car detached wood frame garage fully involved in fire.

By 3:08 p.m., the fire was under control, but fire officials say a downed live electrical fire limited their access to one side of the structure.

The fire caused approximately $50,000 in damages. Inside the garage was two motorcycles, tools and miscellaneous household items. The cause of the fire was determined to be accidental and due to the grill being used inside the garage.

No injuries were reported in the fire, but the South Shore Fire Department would like to remind everyone that propane and charcoal grills and smokers should not be used inside of buildings and should be kept away from combustible materials such as walls and fences.