Greenfield Police: Help us Catch Man Who is Stealing from the Elderly 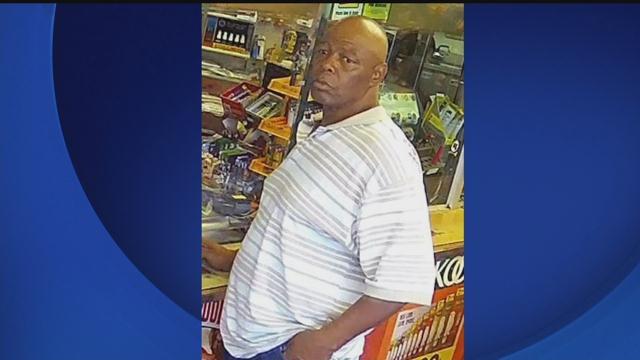 Police say he's following the elderly into the garages of their own homes then robbing them at gunpoint.

Police believe its all being done by the same man who is watching his victims before he strikes.

"Be aware if anyone is following you because it appears the subject followed them into the apartment complex," said Detective Sargent Chris Deglopper of the Greenfield Police Department.

They say this man followed an 82-year-old woman into her parking garage and offered to help with groceries but instead stole her wallet.

A few hours later and a few blocks over at Layton Terrace he confronted an 85 year-old-man and threatened to kill his wife if he didn't give him his wallet and watch.

The victim resisted hitting him with his cane.

"It caused the suspect to push the elderly male to the ground where he sustained minor injuries," said Deglopper.

Then on October 4th police say he strikes again, this time at at Hickory Park, asking a 73-year-old woman to help him get out of the parking garage.

"And that's when he put a gun to her back," said Deglopper.

Telling this woman who was coming home from a Bible study he'd "blow her head off" if he didn't get her purse. She struggled, but he eventually was able to get away with her belongings.

"We're confident that all three are directly related. The same vehicle was involved in all three of the incidents," said Deglopper.

These pictures are from a gas station where police say the suspect used one of the stolen credit cards.

They're warning people to be extra cautious as this man who stands about 6'4 has no problem taking advantage of an easy target.

"It says a lot about his character," said Deglopper.