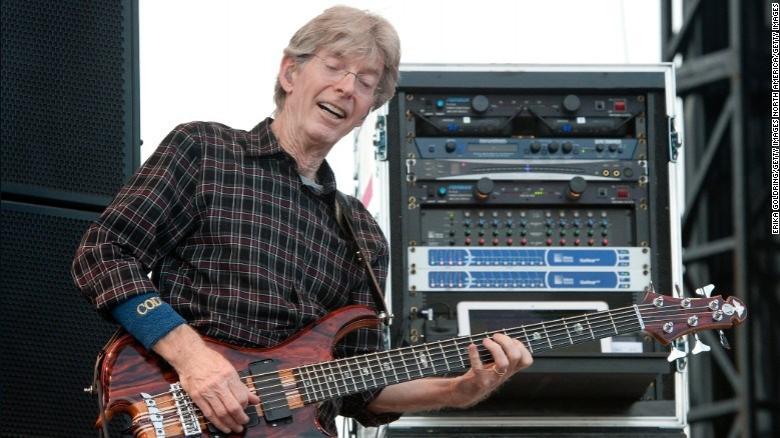 In a letter to fans posted Friday on the Facebook page for Terrapin Crossroads, his restaurant and concert venue in San Rafael, California, Lesh said he was diagnosed with bladder cancer earlier this month. He said he has spent the last few weeks at the Mayo Clinic in Scottsdale, Arizona, doing tests ahead of surgery to remove the tumors.

Lesh, 75, said his prognosis is positive.

"I am very fortunate to have the pathology reports show that the tumors are all non-aggressive, and that there is no indication that they have spread," Lesh said. "So thanks to my local doctor Cliff Sewell, and the incredible team at the Mayo Clinic, all is well and I can return to normal activities in two weeks from my surgery."

Lesh is a founding members of the Grateful Dead, an American jam band that formed in the 1960s. The San Francisco group disbanded in the mid-1990s and Lesh went on to form his own music group Phil & Friends. At the time of his cancer announcement, his band was touring with Chris Robinson, a singer with the Black Crowes.

Lesh apologized for the nixed Phil & Friends shows on October 24 and 25 with Robinson and promised to reschedule the shows "as soon as we can."

Lesh battled prostate cancer in 2006. He seemed intent on returning to the stage for shows scheduled on the East Coast beginning October 30 in New York.

"Keep a lookout for a free Grate Room show before I leave for the East Coast shows," Lesh said in the post. "I also plan to pop in and jam in the bar before we leave, so I hope to see you there at Terrapin."