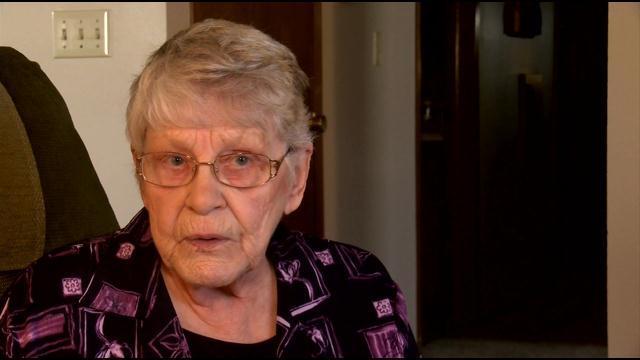 The Better Business Bureau calls it the “Grandparent Scam”, and it nearly cost a local woman a lot of money.

\"I can't tell you the hurt I felt when he called, that someone would do that”, said Beverly Anderson.

80-year-old Beverly Anderson describes Tuesday afternoon, when someone calls her pretending to be her granddaughter Kimberly.

\"The girl is crying her heart out. I mean, just crying, crying, and crying”, said Anderson.

\"She said here, I'll let you talk to the officer”, said Anderson.

The officer says his name is J.T. Rolland, and that Beverly's granddaughter has been in a car accident after drinking and driving in Virginia.

They do a good job of convincing Beverly.

\"Better than any actor I saw on TV”, said Anderson.

The costs in damages are $2300, but the con artists on the phone say there's a way out.

The con artists tell Beverly to wire a money gram.

The BBB of Wisconsin has the grandparent scam on their top scams list for 2014.

In this case, Beverly investigates, and a few hours later she gets another call from the same guy, and confronts him.

\"You know I talked to my granddaughter, she's not even in your state. So where are you calling from me from? And then he hung up on me.\"

According to the Better Business Bureau, the “Grandparent Scam” targets tens of thousands of people every year, especially around spring break.