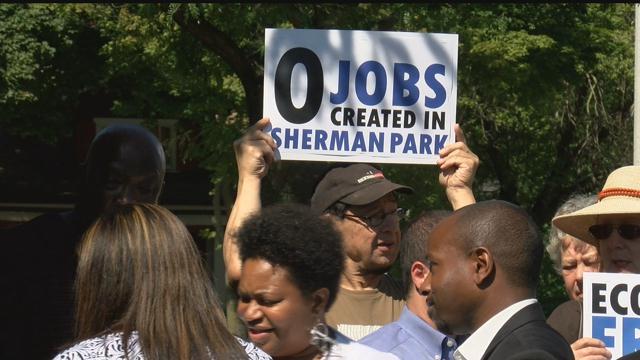 "You know that movie 'Field of Dreams?'  Build it, they will come? Well, if you build a viable workforce, employers, particularly in manufacturing, will come to that area and parts of the city."

The Governor made the statements while making a separate appearance in Milwaukee Wednesday.

He was asked by reporters to respond to claims made during a press conference just two days earlier by several groups including Citizen's Action of Wisconsin, which sounded the alarm and demanded immediate attention to job creation.

The governor says meetings have taken place on the topic with city officials.

Meeting that were scheduled before the recent unrest that resulted in several arson fires and burglaries.

"We can get employers to come to Milwaukee," said the governor. "In particular the Sherman Park neighborhood if there's an adequate supply of workers trained and ready to fill those positions. One of our focal points that we started working on in the spring, and will continue to work on with the city and the county, is workforce. Helping to develop a workforce."

Part of the controversy swirled around just how many jobs have been created in the area by the Wisconsin Economic Development Corporation.

WEDC denied making any kind of job creation claim, only confirming that since 2011, $250 million have been sent to Milwaukee for workforce development.