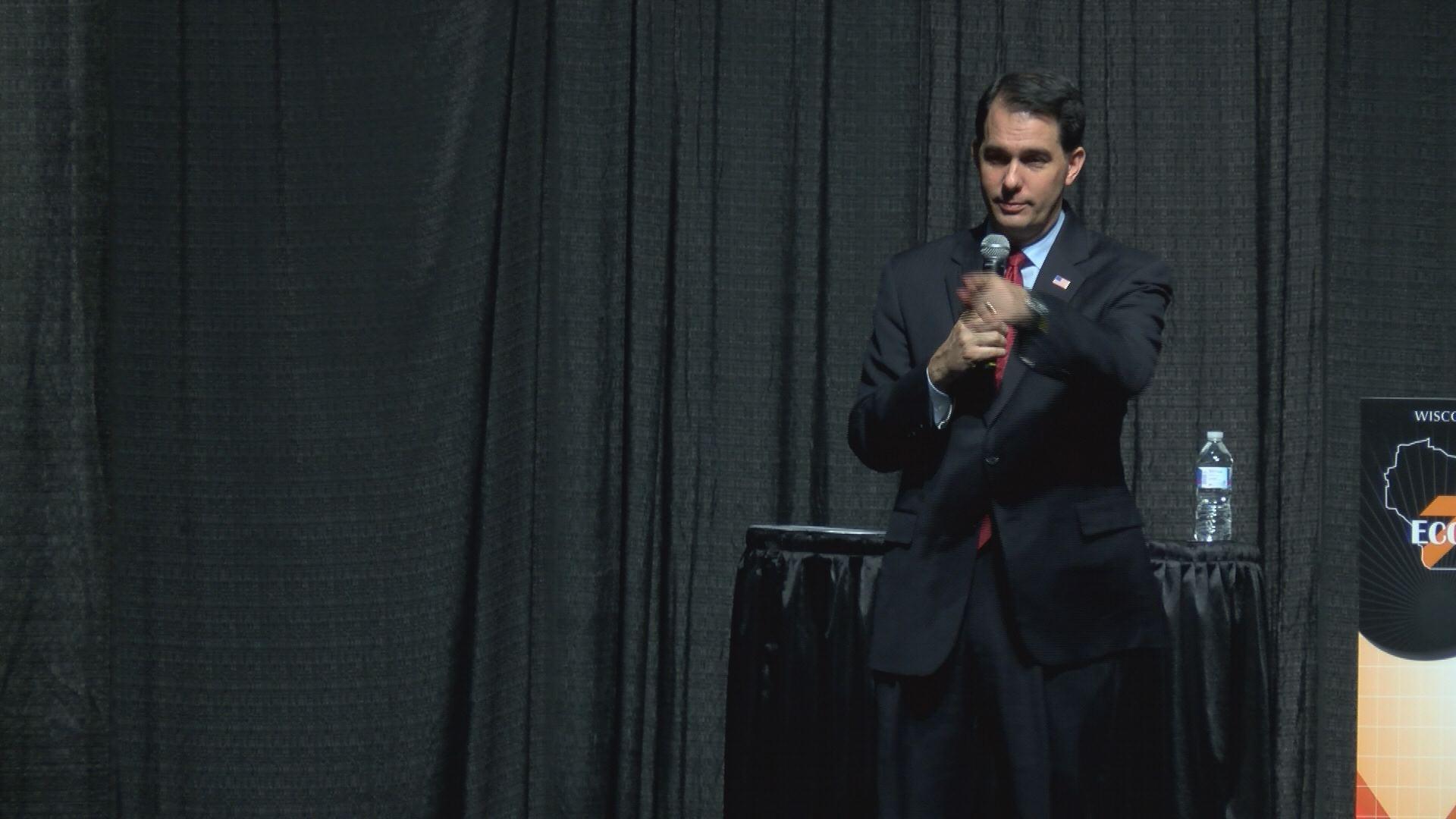 It's clear a lot of focus is on Governor Scott Walker's next step. Wednesday, CNN first reported Walker had hired former Rudy Giuliani presidential campaign adviser Rick Wiley. Walker confirmed that to the media today. \"We wanted someone we could trust that had national experience.\",Walker said.

Walker also talked about a trip to Iowa later this month to join some of the GOP's heavy hitters. So why doesn't Walker just make it official, and announce he's running for president?

\"If you're serious about considering something you should spend the time, put in place the right people to advise you so when you make that ultimate decision, it's not something you back your way into, it's something you've gone into with your eyes wide open and you're fully prepared to act on.\", Walker explained.

After being asked about his presidential ambitions at today's Wisconsin Bankers Association lunch, Walker assured the room if he does run for president, it will still help Wisconsin. \"My viability as a potential candidate is only as good as the work I do for the people of this state. If I ignore this state and things fall apart, I'll be done.\", Walker said.