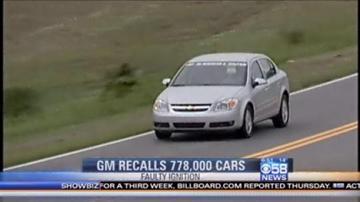 DETROIT -- General Motors is recalling 778,000 cars because the ignition switch can cause the engine to shut off unexpectedly.

Chevrolet Cobalt cars made between 2005 and 2007 and Pontiac G5 models made in 2007 are being recalled in the United States, Canada and Mexico.

The switch defect can also shut off the electrical components in the car that activate the airbags.

In the 22 related crashes, 6 people have died.

Dealers will replace the ignition switch for free. GM is urging owners to remove nonessential items from key rings until the problem is resolved.