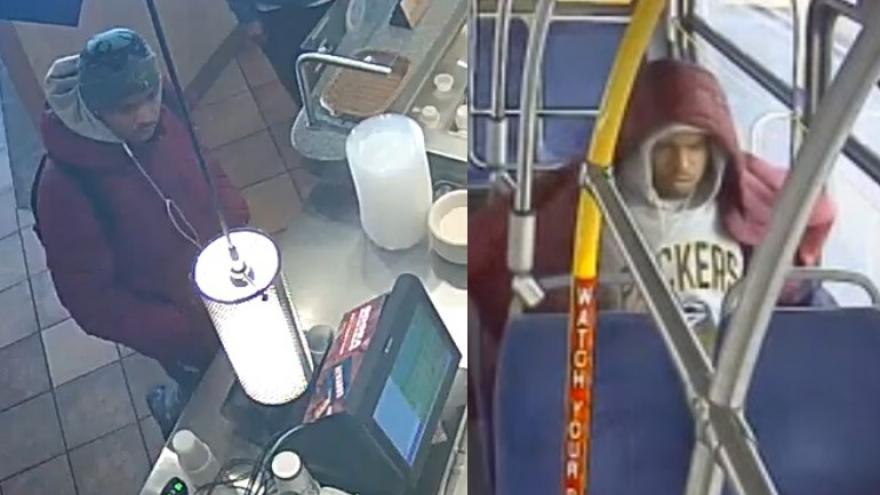 GLENDALE, Wis. (CBS 58) -- A man threw a fit inside a Qdoba restaurant in Glendale, pushing bowls, cups, covers, and the cash register off the counter, after police say he was upset his order was taking too long.

It happened on Friday, Dec. 27 at the Qdoba located near Silver Spring Driver and Port Washington Road.

Glendale police say shortly after 3 p.m., a man -- appearing to be angry -- entered the store and placed his order. An employee reported the restaurant was busy at the time, and several customers were in front him. Police say this angered the man. He reportedly left the restaurant without his food, and immediately returned pushing the items off the counter.

This is a felony case. Anyone with information on the man in the attached photos is asked to contact the Glendale Police Department at 414-228-1753.