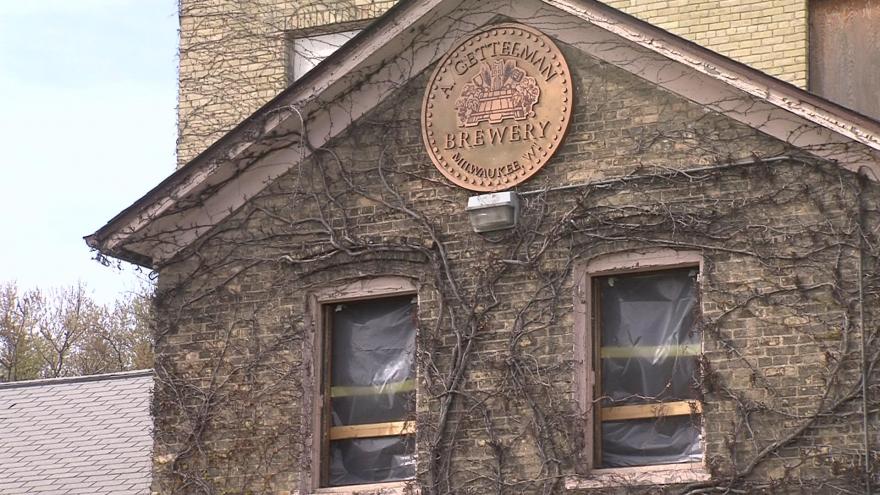 Milwaukee's Gettelman Brewing Company buildings has been saved...for the time being.

The city's Historic Preservation Commission voted unanimously on Monday afternoon to grant \"temporary historic designation\" to the buildings which are currently owned by MillerCoors.

The little cluster of buildings lies in the Miller Valley and had been planned for demolition to make way for more car and truck parking for workers at the brewery. The commission's decision puts those plans on hold.

The recommendation to grant the designation came from senior planner on the Historic Preservation Commission Carlen Hatala.

Gettelman Brewing Company - she said - has historic roots in Milwaukee. \"Milwaukee's Best\" comes from a Gettelman recipe. The logo for Icehouse depicts the Gettelman buildings.

Hatala said those building are where Fritz Gettelman made significant contributions to the beer industry by inventing things in the room where he was born.

\"A pasteurizer was invented for milk and beer. It was called the Badger Pasteurizer. Fritz invented a snow plow. He designed and patented a steel beer keg which became very popular after prohibition and became an industry standard,\" Hatala said.

Representatives for MillerCoors respectfully disagreed. Kelly Grebe, chief legal officer for MillerCoors, called the building dilapidated and not easy for visitors to get to because it would create a traffic issue for employees.

And inside the building there is nothing distinguishable about the space or the underground lagering cellar, Grebe said.

\"This is so much smaller that it cannot operate effectively as a visitors museum. And it's not unique,\" Grebe said.

\"One block away you have another example of history of what the brewing industry did and how they would preserve the beer before refrigeration,\" Grebe said, referencing the Miller Caves.

But Hatala says the smaller Gettelman Brewery space make it even more notable.

\"So modest size does not equate with insignificance,\" Hatala said.

The \"Temporary Historic Designation\" lasts for 180 days. MillerCoors has the option to appeal that decision to the full common council. The company has five days to file that paperwork if they choose to do so.

Grebe said the company is still exploring its options.