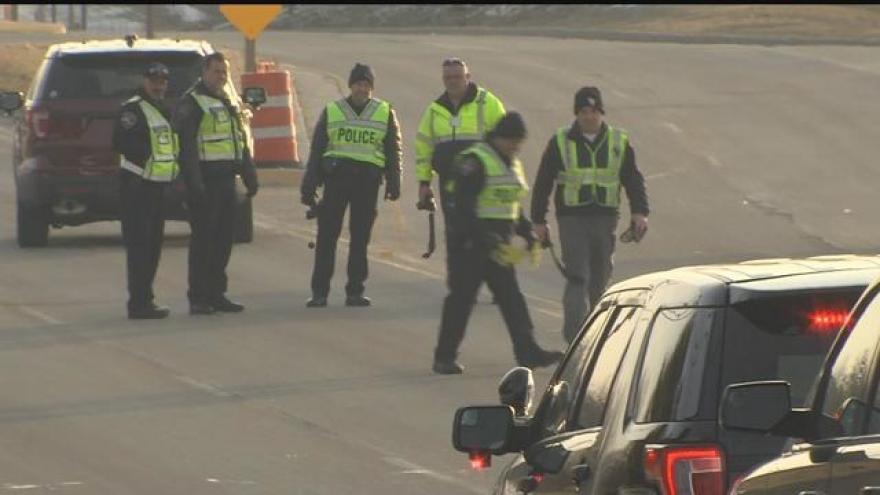 The victim's family told CBS 58 they are broken and in shock.

The victim identified as Savannah Boyd, worked as a security officer at Fed Ex.

According to the family, Boyd could not find a ride home, was walking to a bus stop, and they never heard from her after that. Boyd was in the street, but they are unsure if she was walking in the street or crossing it. Police say there is heavy traffic in the morning and it was dark when the crash happened.

Police said she was hit by one car and then run over by two others.

Germantown Police said the woman was walking down this street not on this sidewalk in this westbound lane when a car, also heading westbound, hit and killed her.

It happened around 6:00 AM on Monday.

The driver of the car that initially hit her stayed at the accident and is cooperating with police.

The chief of police says another two cars also ran over the 23 year old woman.

They have made contact with one of those drivers, who likely didn't realize they hit a dead body.

They are still looking for the third driver.

The police chief said this is a reminder to always stay on the sidewalk, and be aware of your surroundings.

"She was wearing dark clothing, there are no street lights, it's very dark in this area, she was never even seen before she was struck,” Peter Hoell, Chief of Police, Germantown.

The victim was a Milwaukee resident and officers are looking into whether or not she worked at a Fedex.