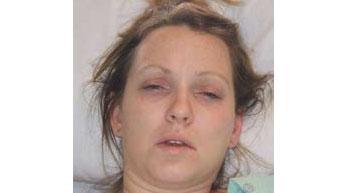 A Georgia woman was arrested for her fifth OWI offense after she flagged down cars on the Hoan Bridge, according to the Milwaukee County Sheriff’s Office.

Sheriff’s deputies arrested the woman around 5:00 AM on Wednesday.

According to the release, Squads were dispatched to northbound I-794 where witnesses said a woman was outside her vehicle trying to flag down cars at the arches on the Hoan Bridge.

Jennifer Najdowski, age 29, of Lawrenceville, Georgia, told responding deputies that she stopped because she could not figure out how to turn off her hazard lights, and needed help turning them off.

She failed field sobriety tests, and refused to allow a blood test.

Deputies transported Najdowski to Froedtert Hospital and obtained a search warrant for the blood test.

She was admitted to Froedtert for observation. If convicted of this fifth offense, a felony, she faces up to six years in prison.