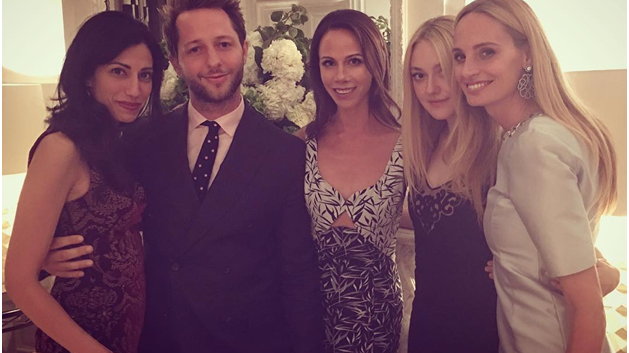 Bush posed for a picture with Huma Abedin, the longtime Clinton aide who was hosting the fundraiser with Vogue editor-in-chief Anna Wintour.

The photo was then posted by multiple event attendees, including Lauren Santo Domingo, co-founder of the online fashion website Moda Operandi, who included the hashtag "#imwithher."A spokesman for the former president did not respond to request for comment. Clinton aides also did not immediately respond to requests.

Barbara Bush is the latest member of Republican family to tip their hand toward Clinton over Republican nominee Donald Trump.

Last month, former President George H.W. Bush told former Maryland Lt. Gov. Kathleen Kennedy Townsend that he intends to vote for Clinton, during a receiving line for board members of the bipartisan Points of Light Foundation. The remark was overheard by others in the room, and Kennedy Townsend, a member of America's most famous Democratic political family, announced it on Facebook. CNN confirmed that the former president made the statement.President George W. Bush has yet to endorse Trump. And ex-Florida Gov. Jeb Bush has said he won't vote for his former GOP primary rival or Clinton.

Former first lady Laura Bush, Barbara Bush's mother, hinted earlier this year that she may be open to voting for Clinton over Trump.

"I want our next president -- whoever he or she might be -- to be somebody who is interested in women in Afghanistan and who will continue US policies ... that we continue to do what we're committed to do as a country," Laura Bush said at an event on foreign policy and women leaders.