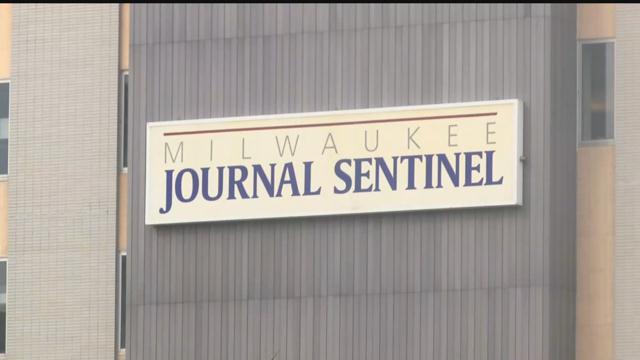 Gannett, the parent company of USA Today, is planning to buying the Milwaukee Journal Sentinel, according to a letter to employees sent this week.

Gannett, which already owns multiple newspapers in Wisconsin, is offering $280 million in a sprawling deal which includes more than a dozen other newspapers owned by Journal Media Group.

Journal Media Group has only been around about six months and was created after a separate business deal with the E.W. Scripps company.

Betsy Brenner, president and publisher of the Milwaukee Journal Sentinel, said Thursday that neither the newspaper nor news staff would be affected by the change - other than being afforded more resources for being a part of the largest newspaper network in the country.

Charity and other support or sponsorships through the paper will also go on as normal, Brenner said.

"The causes in the Milwaukee area which we support and we've always supported, our commitment to Packers coverage, breaking news as I mentioned, investigative, and watchdog journalism - all that will remain the same," Brenner said.

"So the same team's here that's devoted themselves to covering news in this market," Brenner said.

"Their jobs are going to continue to be focused on serving local readers and advertisers and this community," Stautberg said.

"And for the folks who have a more corporate role, we'll be engaging in talks with Gannett who will be the new owner of a bigger company to determine the corporate functions - where they're best served," Stautberg said.

It could mean corporate layoffs or changes removing redundancies. Estimates made by the companies suggest $35 million could be saved over three years through the process.

The Milwaukee Journal Sentinel prints about 300,000 Sunday papers every week. If you count people looking at it online, Brenner said it's the largest audience the paper has ever had in its history.