From bridal shop to Ebola ward: Who is Amber Vinson? 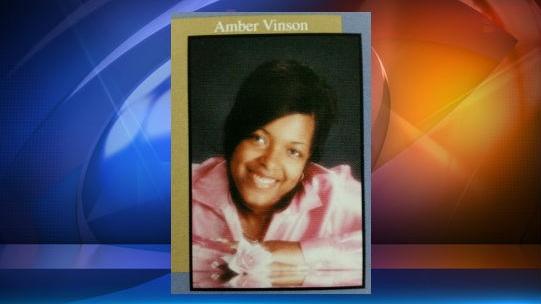 Over the weekend, Amber Vinson was in Ohio to plan her wedding.

Today, the 29-year-old nurse is hospitalized in Atlanta, fighting the Ebola virus.

What a difference a few days can make.

Vinson is only the second person known to have contracted the deadly disease inside the United States.

Both she and Nina Pham are nurses at Texas Health Presbyterian Hospital in Dallas, where they treated Thomas Eric Duncan when he was hospitalized for Ebola in late September. He died October 8.

Though she lives in Texas, Vinson grew up in Ohio, and flew there over the weekend to visit family and take care of a few wedding plans.

Vinson and her friends visited the shop Saturday. Younker said Vinson did not appear sick then, and was a great customer.

However, she now wonders: \"How did you not think this through? You know, if you're supposed to be quarantined, you're at a hospital where the Ebola is alive, what made you think it's OK to get on a plane?\"

There are contradictory reports about how Vinson was feeling during her time in Ohio. Her uncle Lawrence Vinson told CNN's Don Lemon that his niece felt fine during her trip, and in fact didn't feel sick until waking up in Texas on Tuesday morning.

But a federal official with direct knowledge of the case told CNN's Elizabeth Cohen that Vinson said she felt fatigue, muscle ache and malaise while she was in Ohio and on the flight home. The prospect that she might have felt sick during her time there has led health authorities to reach out to more people, from those on her initial Dallas-to-Cleveland flight to those she interacted with in Ohio.

She was joined on her last flight to Texas by 132 other people. Centers for Disease Control and Prevention Director Dr. Tom Frieden said she never should have set foot on the last flight at least, but another federal official told CNN that no one at the agency stopped her.

Lawrence Vinson said there was no directive that she shouldn't have traveled.

In fact, he said a CDC official -- through an intermediary in Texas -- gave his niece the go-ahead to fly, even after learning that she had an elevated temperature of 99.5 Fahrenheit. Officials confirmed that she got the OK to fly, although there were questions about who contacted whom.

What's not disputed is that Vinson went to Texas Health Presbyterian Hospital on Tuesday. A day later, she was transferred to Emory University Hospital in Atlanta, which has successfully treated two other Ebola patients.

Late Thursday, her family released a statement, thanking people for their support and asking for privacy.

\"Amber is stable, and we are continuing to work with her doctors as her treatment progresses. Amber is a respected professional and has always had a strong passion for nursing,\" according to the statement.

\"She followed all of the protocols necessary when treating a patient in Dallas, and right now, she's trusting in her doctors and nurses as she is now the patient. To that end, we ask that the media respect Amber's privacy and that of our family during this overwhelming experience.\"

Details about Vinson are starting to trickle out.

She lives by herself and does not own any pets, according to CNN affiliate WEWS. She attended Firestone High School in Akron.

Judith White, a teacher there, remembers Vinson as a straight-A student, with an interest -- even then -- in the medical field.

\"She was a wonderful girl, role model, very motivated. She was international baccalaureate, which is our highest level. It's like a college course and I haven't seen her, of course, in quite a few years, but had followed her progress and she's just done so well,\" WEWS reported White said.

\"While she was in the area over the weekend, she herself did not come to the Kent campus, but she did interact with her relatives. They returned to the Kent campus to work earlier this week, but once they learned of her illness in Dallas, they left the campus,\" Kent State spokesman Eric Mansfield said.

\"They're going to stay away from the campus for 21 days and self monitor on their own,\" he said.

Family members have asked for privacy and police have put up yellow tape around their house to prevent anyone from approaching.