Free jewelry if the Badgers win? The odds aren't bad 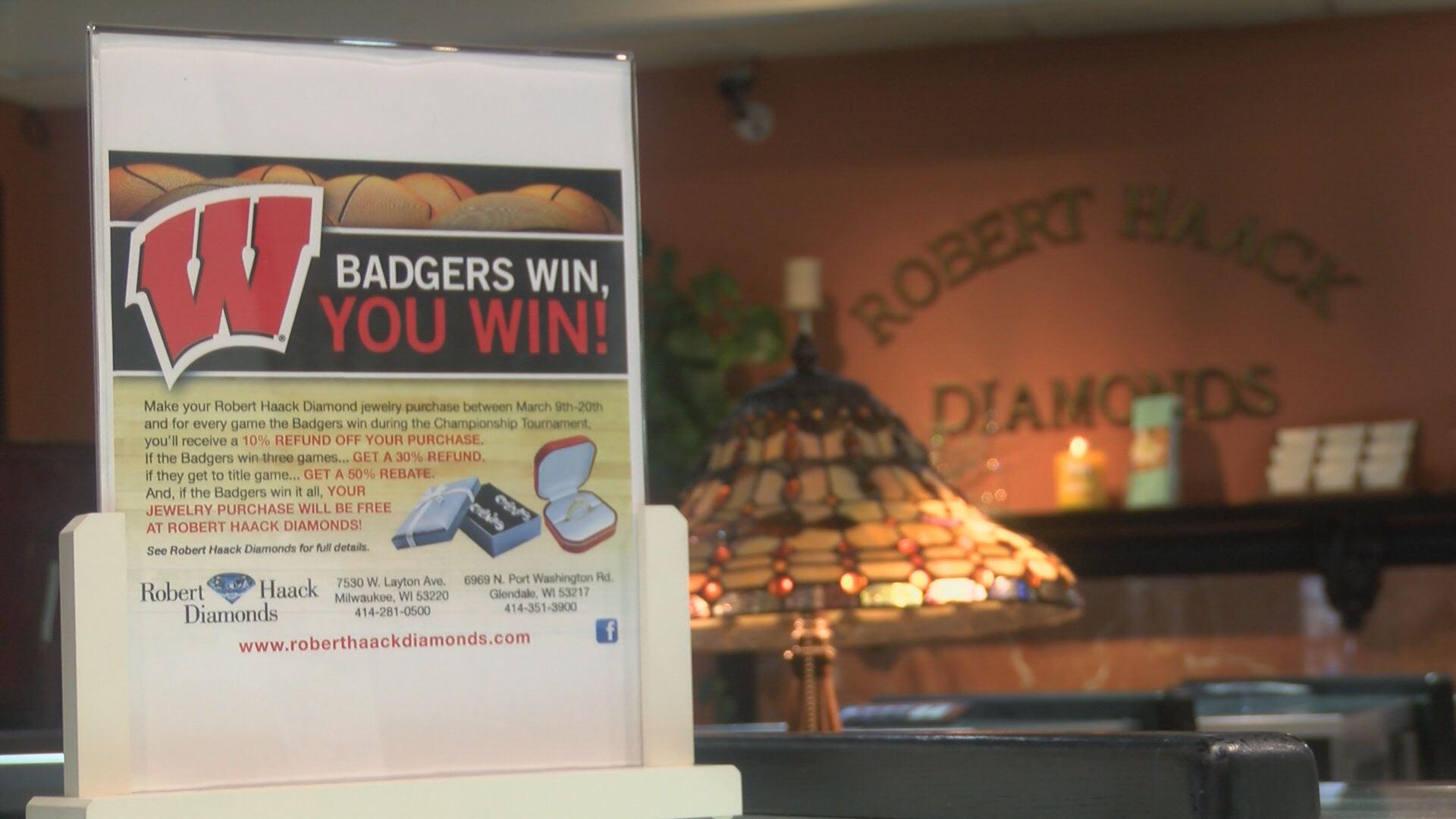 With the NCAA tournament right around the corner and the Wisconsin Badgers with a number one seed, Robert Haack Diamonds in Greenfield and Milwaukee has a unique take on the bracket challenge.

The promotion is called \"Badgers win, you win\".

It works like this, for every round the Badgers win after the first round, because a one seed has never lost to a 16 seed, you get a 10 percent refund.

If they make the Final Four, that would be 40 percent off, the finals would be 50 percent off, and if Wisconsin wins it all, you get what you purchased for free.

There is a $5,000 maximum refund, but if what you purchased is more than that you still get the $5,000 taken off the price tag.

Bret Eulberg, with the store, said that there's a chance Robert Haack Diamonds could lose money on this promotion.

He said if the team makes the Final Four, the store will likely break even, but if they make the championship game, money could be lost.

Eulberg said that if Wisconsin wins the tournament, he's not sure what will happen because the store is insured up to a certain amount, but still isn't sure if this will be a winning or losing proposition.

Depending on where you look, the Badgers have an eight to one chance at winning the big dance.

The store tried this promotion last year for the first time, but this is the first year they have joined with the team to do so.

In order to qualify, you must make a purchase before the team plays on Friday.