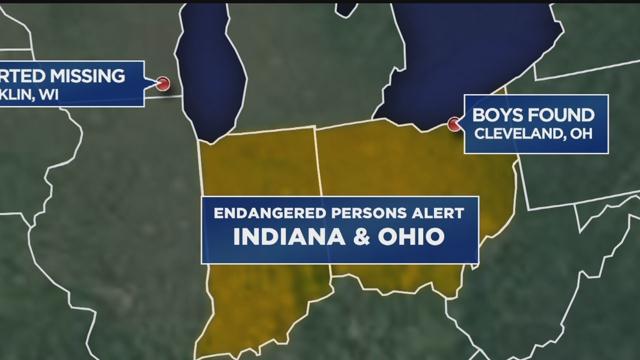 Franklin Police have just released the 911 calls from the frightening incident on January 19 when the two young boys went missing and were taken by their mother.

The boy's father, Wesam Abdallah, said he was at work at the time.

That's when he said he heard from his older son as they were in the car on January 19th.

911 call: "He was just crying, saying  please help, she's taking us very far away and she snatched the device."

Mr. Abdallah could be heard telling the 911 dispatcher that his wife is bi-polar and was having a quote psychotic episode.

At the time, police told us an endangered person alert was issued in Indiana and Ohio.

The boys and the mother were found safe the next morning in East Cleveland, Ohio.

Mr. Abdallah was asked by the dispatcher if his wife harmed the boys in the past.

911 Call: “She was hospitalized last year for trying to take them the same way."