Former Wisconsin governor and ambassador to Mexico dies at 96 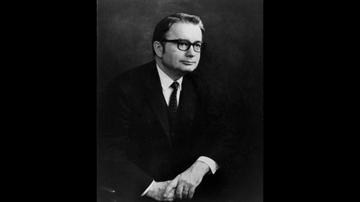 MILWUAKEE -- Former Wisconsin Governor Patrick Lucey has died at the age of 96.

Born in LaCrosse, WI in 1918, Lucey began his long political career serving as a member of the Wisconsin State Assembly in 1949. He became the 38th governor of Wisconsin in 1971. He left that position in 1977 to become the ambassador to Mexico. Lucey also ran for vice-president in 1980.

Gov. Scott Walker issued a statement saying \"Tonette and I extend our thoughts and prayers to the family of Governor Patrick Lucey.  It was a particular joy to be with him last summer for the 40th anniversary of Kikkoman in Fontana. Governor Lucey was a dedicated public servant who loved Wisconsin.\"