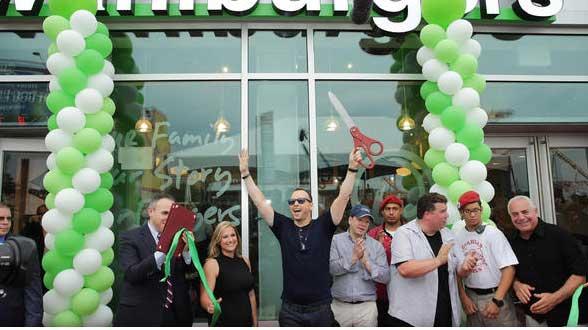 NEW YORK -- Five former employees of the burger chain founded by celebrity brothers Mark and Donnie Wahlberg are suing the company over what they call “rampant” violations of labor laws.

The ex-employees who filed the class-action suit in New York federal court Thursday previously worked at a Wahlburgers location in Brooklyn. They claim Wahlburgers failed to pay them the proper minimum wage and regularly kept tips designated for servers.

The lawsuit claims employees at one time didn’t receive a $3,000 tip left for them following a private party for the cast of “Blue Bloods,” the CBS series starring Donnie Wahlberg.

The suit names Wahlburgers and the owners of its Brooklyn franchise. The Wahlbergs aren’t named.

On its website, Wahlburgers says it is a “working class organization.” Wahlburgers didn’t immediately respond to a request for comment Friday.

A reality show of the same name that gives a behind-the-scenes look at the restaurant chain has aired on A&E for six seasons.