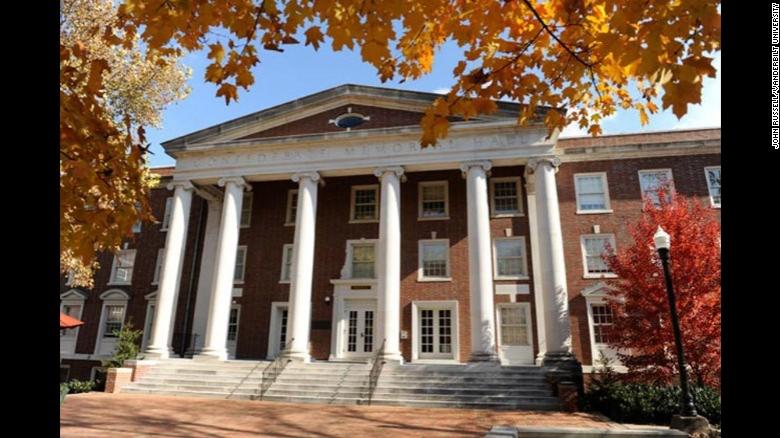 (CNN) -- Convicted rapist Brandon Vandenburg was sentenced to 17 years in prison Friday for the rape three years ago of an unconscious female student at Vanderbilt University, according to CNN affiliate WKRN.

Vandenburg was accused of taking the woman, whom he was dating, into a dorm room on the Nashville campus in June 2013, where three teammates sexually assaulted her.

Vandenburg spoke publicly for the first time about the rape in a prepared statement prior to sentencing. He told the court that he was an "inexperienced drinker" who had consumed dozens of alcoholic beverages throughout the course of the day on which the rape occurred.

"I let everyone down and many lives were destroyed," he said.

Assistant District Attorney Jan Norman read a statement from the victim, who was not present at sentencing.

In the statement, the victim wrote, "Two professionals who have helped me through this and witnessed the impact on me have submitted letters to you describing what they have seen, and I ask that you consider those."

The statement continued, "Please do not use my absence as an excuse for leniency, as it in no way diminishes the profound and insidious impact of Mr. Vandenburg on me and my life. I still ask that he receive the full sentence allowed under the law for orchestrating a sustained 30-minute gang rape against me, a defenseless woman who trusted him. The minimum sentence is not enough for what this man did to me."

One of the three former players, Corey Batey, has been convicted and is in prison. Two other former players, Brandon Banks and Jaborian McKenzie, have been charged but are yet to face trial in the case. They have pleaded not guilty.