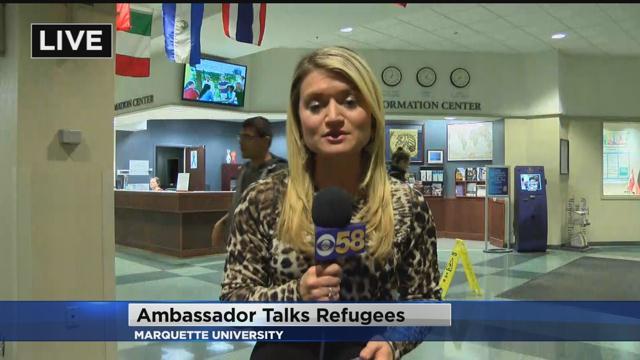 There's been much controversy over the US's plan to accept thousands of Syrian refugees, especially in light of the Paris attacks.

Robert Ford served as Syrian ambassador from 2011-2014 and today he's giving a report card on America’s Coalition against the Islamic state.

Former Ambassador Ford said just days after the attacks in France he thinks there's a much better understanding in this country and across the world about the threat the Isis, or the Islamic state poses.

He said the threat is not new, it's been around for years, but people are now more cognizant as ever that these attacks could be happening in their backyard.

Ford spent the past fews years in Syria so he's familiar with the people, the government and crisis that is going on there.

He said earlier this fall he and a group of others sent a letter asking President Obama to allow 100,000 Syrian refugees, said what's happening in that country is a human catastrophic, but he also supports a stringent screening process.