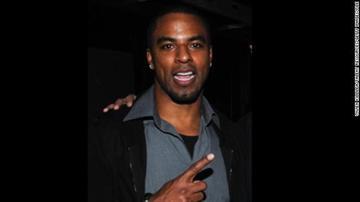 The 38-year-old was booked into the LA County Jail and released Friday night on $200,000 bail.

Police are investigating Sharper in connection with three sexual assaults.

Two of those assaults allegedly happened in Los Angeles; one in October 2013 and one in January.

The third is alleged to have happened in September 2013 in New Orleans.

Sharper was drafted by the Packers in 1997 and played 14 seasons in the NFL.

He worked as an analyst for the NFL network. He has been suspended without pay.