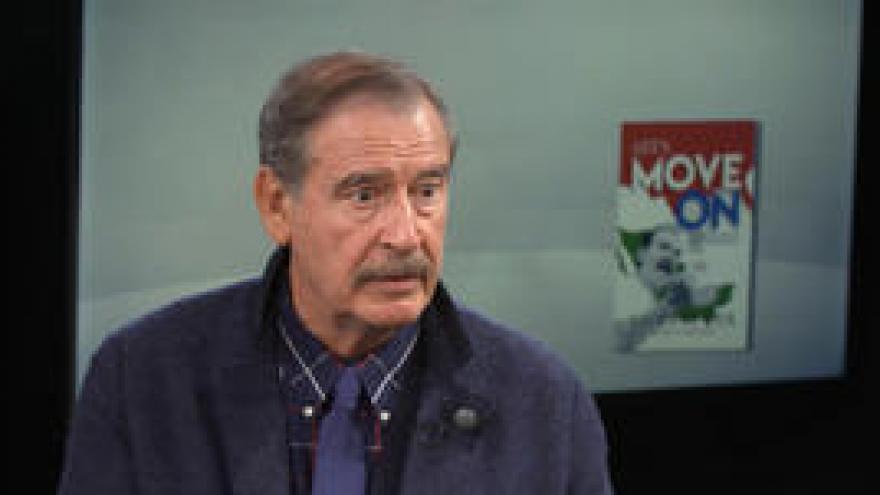 (CBS NEWS) -- Former Mexican President Vicente Fox reaffirmed his refusal on behalf of Mexico to ever pay for a wall along the U.S.-Mexico border. "We will never, never, never pay for that wall," he said in an interview with CBSN anchor Elaine Quijano on "Red & Blue."

President Trump made the border wall an integral promise of his campaign for the presidency and has reemphasized his plan to build the structure during his time in office.

Fox said that if a wall were to be built, it would be "totally useless" and that there are better alternatives, such as the use of drones, to achieve a secure border.

"What's the use of it? I mean with 30 billion U.S. dollars, you can do so many things better than building that wall," he said.

While Mr. Trump has said that a wall would help prevent drugs from "pouring" into the country from Mexico, Fox argued that outside of some marijuana production, most drugs are not produced in Mexico, but imported from South America and carried across the border into the United States.

He stressed that a wall would not prevent the transport of illicit substances.

"If you want to waste your money, you American taxpayers, it's your right to do it," Fox said. "So, build the wall. What I am sure of, is that walls don't work, that walls have never worked in history."

Fox also said that expanding NAFTA, or the The North American Free Trade Agreement, is vital to the U.S.-Mexico relationship. Mr. Trump has called the trade deal a "disaster" and aims to dismantle it.

Fox did not hide his strong feelings toward Mr. Trump.

"I am the most optimistic human being you can find, but when you hear a guy like Trump saying that the American dream is dead -- forget it," he said. "What is he doing there, in the presidency? Imagine saying the American dream, the founding father's dream, is dead. I mean, he demotivates anybody and everybody."