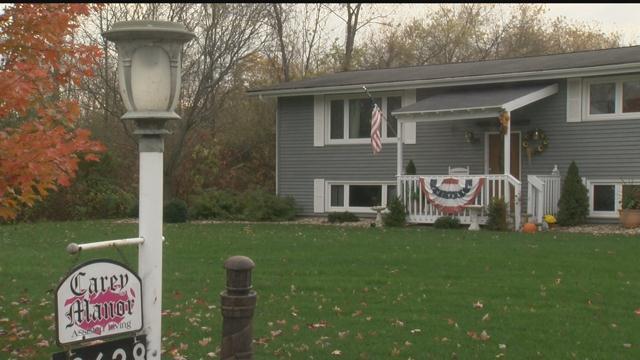 A man charged with sexually assaulting a mentally ill woman is a retired captain with the Kenosha County Sheriff's Department.

CBS 58 has learned that Clarence Mielke retired in July of 2000 after 29 years of service.

A profile on the Wisconsin Assisted Living Association website describes it has having eight beds, "providing a friendly family oriented environment with a holistic approach to living."

"She has always been nice," said neighbor Lawrence Zettler.

But investigators said what her husband has been accused of is anything but nice.

Zettler found out about the disturbing news from a neighbor.

"He said to me and shocked me, did you hear the news? he said. "I was surprised to find out he'd indulge in something like that so bad."

Mielke has not been booked into the Kenosha County Jail. So CBS 58 went to his house for comment, but a woman inside wouldn't answer the door. Wisconsin DHS records show a complaint was filed against Carey Manor just two weeks ago.

Mielke is due in court on Thursday.