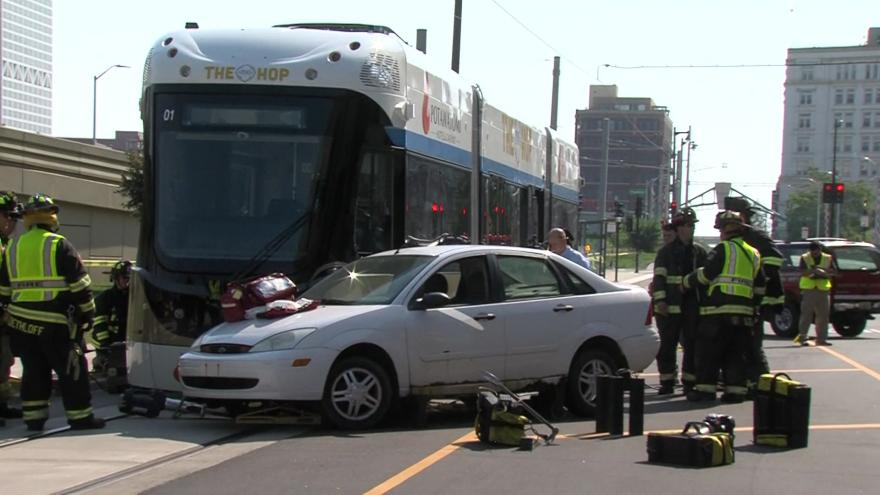 MILWAUKEE (CBS 58) -- Starting this fall, drivers will share the road with the Milwaukee Streetcar and there's a chance that could lead to crashes.

On Thursday, emergency responders trained for that scenario.

According to the Federal Transportation Administration, there were 252 crashes involving streetcars in 2017 across the country. One of those crashes was deadly, making the training exercise a necessity for first responders.

JUST A DRILL: MKE Fire, Police and several other emergency responders are training today for a car vs. Streetcar crash. This is the second of two trainings before the streetcar launches in the fall. More on @CBS58 News at Noon and 4. pic.twitter.com/KX8QZv0h07

The Milwaukee Police and Fire Departments, Milwaukee Department of Public Works, and other agencies participated in the training. First responders staged the accident near N. Second and St. Paul Avenue. Actors played the injured streetcar passengers and the driver of the vehicle. The actors had cards on them that told first responders their condition and they had to act accordingly to treat them.

Fire officials say during their last emergency streetcar training a few weeks ago, communication between all the different agencies was their biggest issue and they hope Thursday's training improves it.

"This is going to be our final exercise to really nail down our command structure, our communication structures, and our boots on the ground level where the technological aspect of the Milwaukee Streetcar are concerned," said Deputy Chief Aaron Lipski with the Milwaukee Fire Department.

A few weeks ago, emergency responders trained for a scenario with a suspicious package near a streetcar stop with several passengers on board. The streetcar will launch this fall and will be free for the first year.