First frost and flakes of the season coming Wednesday 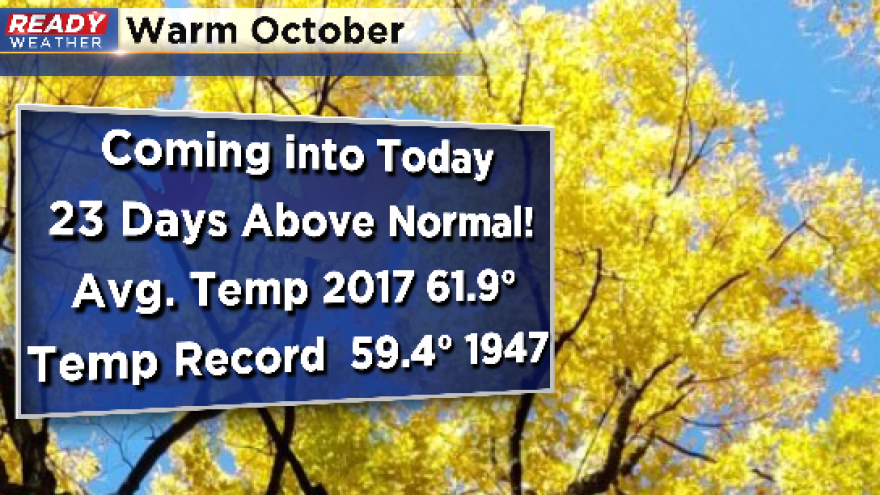 Before we talk about the snow and cold, it's important to look back on a possible record breaking October.  Yes the month isn't over; however, coming into today, all 23 days have been well above normal.  The average temperature has been 61.9 degrees!  That's well ahead of the record 59.4 back in 1947.  We will keep you posted on where we end up. 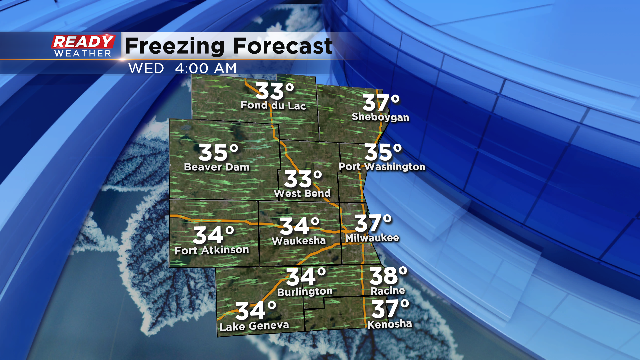 Time to switch gears to the next 24 hours ahead.  Clearing will likely take place later tonight.  Couple the lack of clouds with a decreasing wind, and we're looking at lows close to freezing west of the lake around 4 am.  The near freezing temperatures won't last very long because more clouds will roll back in from the west. 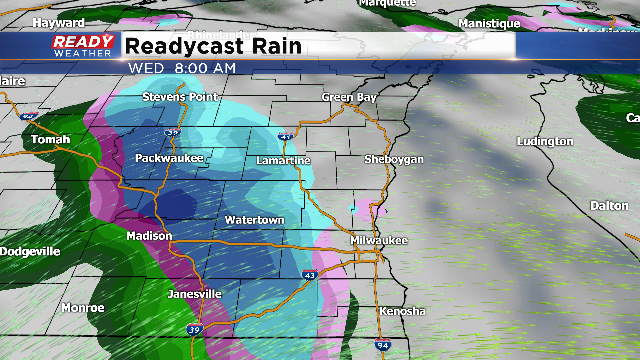 The clouds will likely produce a mix of cold rain and some wet snowflakes across the area for the morning commute.  No accumulation is expected, but it's possible to see the first flakes of the season!  The precipitation will quickly move out by the early afternoon.  Highs will remain in the 40s!