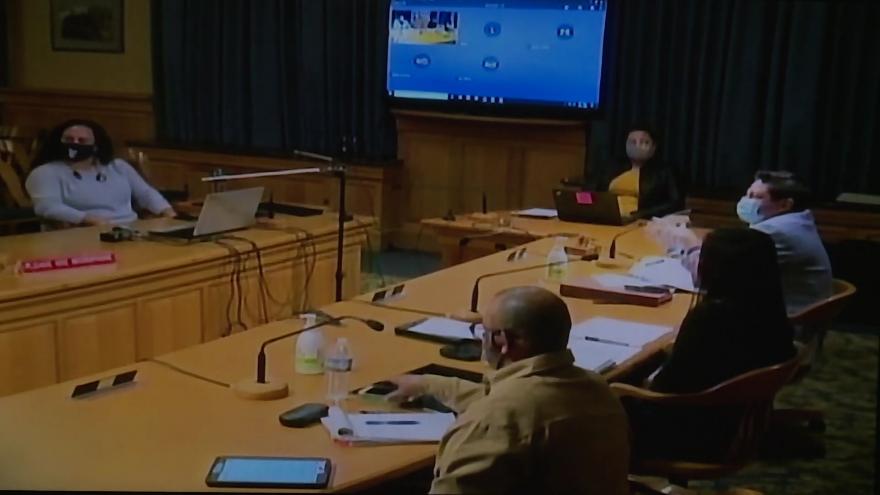 MILWAUKEE (CBS 58) -- The finalists for the job of Milwaukee's top cop have been named.

There are six finalists for the job from around the country, but not on that list is the man serving as chief right now.

After taking over in August following the demotion of former chief Alfonso Morales, Acting Chief Michael Brunson says he plans to retire.

"I want to build as much as I can so that when it comes time to hand off that baton so to speak, to that next person, that they will find an agency that is thriving and that is working towards those relationships that are necessary."

Six candidates are now finalists for the job as chief.

According to FPC Executive Director Griselda Aldrete, they are:

We are in the process of reaching out to all candidates, and heard news Thursday night from John Pate.

"I feel number one, the city of Milwaukee has challenges as well as opportunities that really strike home as far as the heart of the issue we have in the law enforcement community and its relationship with the community today in the 21st century," he said.

According to Pate's resume, he also served as the chief administrative officer, director of public safety, and chief of police in University Park, Illinois. He also served as a police inspector for the Cook County Sheriff's Office in Chicago for nearly five years.

Hoyt Mahaley is the Acting Unit Chief for the Insider Threat Division for the FBI, according to his resume on LinkedIn. He's also served as the Supervisory Special Agent for the Human Intelligence, Public Sector, and Community Outreach Squad. In addition to working for the FBI, he also worked for the Milwaukee Police Department, according to the resume.

Jason Lando is a commander with the Pittsburgh Police Department. According to his LinkedIn profile, he has over 20 years experience in law enforcement. He also serves as one of three lead trainers in the department's procedural justice unit. He serves as a commander of the Narcotics and Vice unit.

Malik Aziz serves as the Deputy Chief for the Dallas Police Department. According to an online resume, he's served in several police executive, command and supervision roles.

Chris Davis works as a Deputy Chief for the Portland Police Department. According to a department bio, he was sworn into that role in December of 2019. Prior to that, he served as Assistant Chief of the Operations Branch where he oversaw three precincts, youth services and traffic division.

The candidates will be in Milwaukee on Oct. 15 to interview for the job.

The Fire and Police Commission has said they hope to make a final decision the beginning of December. That will be the same month Brunson says he plans to retire.