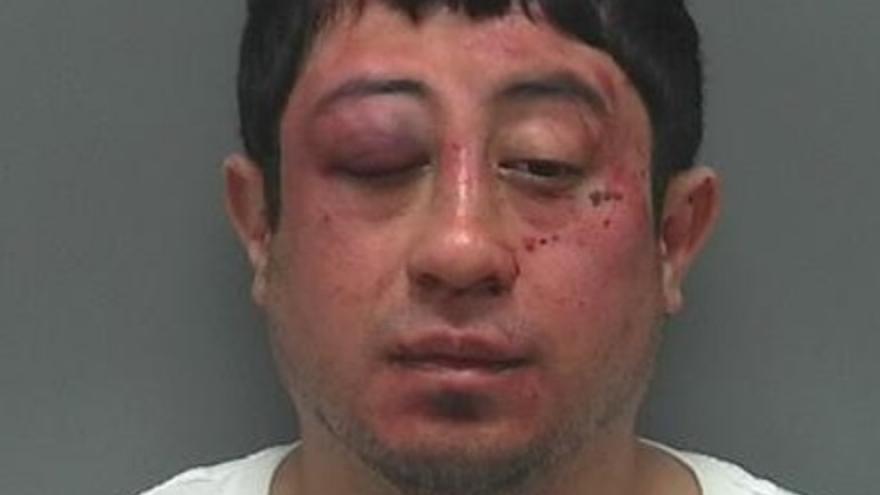 ROCK COUNTY, Wis. (CBS 58) -- A Janesville man is facing charges after authorities say an argument over a popular television show led to a fistfight and OWI arrest on Monday, Dec. 9.

Alan Huschka, 33, is charged with OWI-4th offense and two counts of bail jumping.

A Rock County deputy responded to E. Rotamer Road and N. Henke Road in Harmony Township around 12:45 a.m. after receiving a report of two men trying to flag down vehicles in the area.

The deputy located two men, one later identified as Huschka, near a vehicle parked in a lane on Rotamer Road. Huschka had obvious injuries to his face, according to a criminal complaint, and a bloody thumb and clothing. One of his eyes was swollen almost completely shut, and he struggled to keep his balance.

The complaint says Huschka appeared to be "extremely intoxicated" and he had trouble answering the deputy's questions.

The man told authorities that he and Huschka had been drinking at the game and drove to a Janesville bar afterwards, before driving to their current location. He said that while in the vehicle, he and Huschka started arguing about the television show "How I Met Your Mother." He said Huschka was driving and began hitting him in the passenger seat, so he started to punch back.

Eventually Huschka stopped the vehicle and they both got out. The man said he was trying to "be the peace keeper," but Huschka kept trying to fight him, and he punched Huschka in the face several times in "self-defense."

When asked if the TV show sparked the argument, Huschka laughed and said, "yes, we love that show."