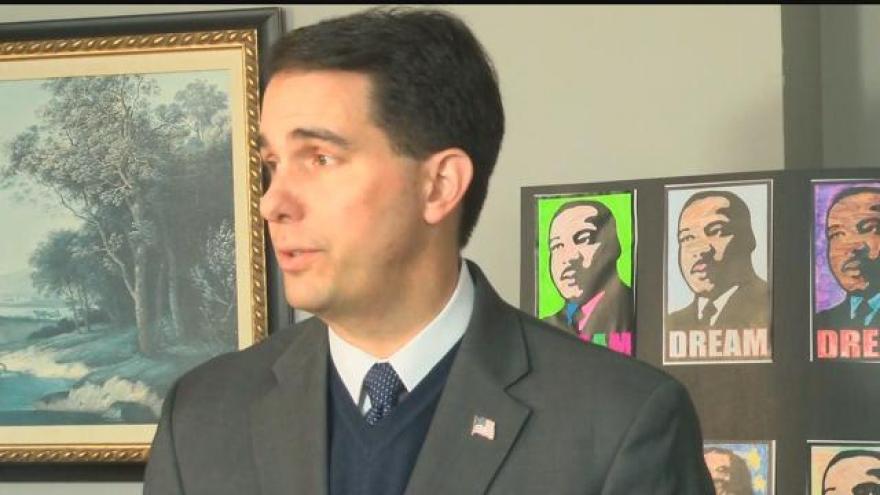 The feud between the president-elect and Congressman Lewis came up at a local MLK Day celebration. More than 100 people filled the room to honor the legacy of Martin Luther King Jr.

Governor Scott Walker opened with a reflection on the importance of King's message.

Both of them mentioned their disappointment at the clash between Rep John Lewis and President Elect Donald Trump.

They both mentioned Lewis' contribution to the civil rights movement. After the ceremony, Governor Scott Walker gave his own thoughts on the congressmen.

"Congressman Lewis was without a doubt one of the great leaders of the civil rights movement. Not just in the past. But of late.....he's certainly had a positive impact in the past and continues to,” said Walker.

The Governor also mentioned that he's looking forward to attending the inauguration in the coming days.