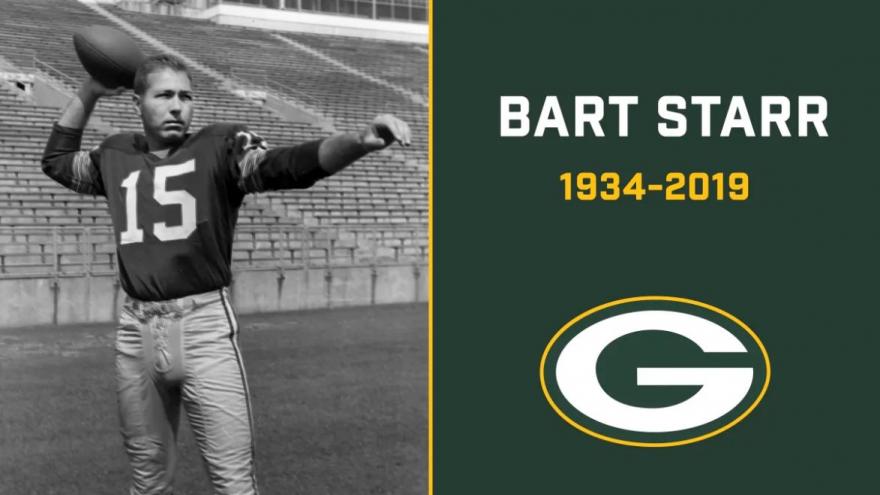 (CBS 58) – The Green Bay Packers have published an official obituary for Bart Starr.

The legendary quarterback died Sunday. He was 85-years-old.

The obituary talks about Starr’s early life, his love of Green Bay and Wisconsin and his charitable work.

The obituary reads in part:

During his time with the Packers, Bart fell in love with the residents of Green Bay and the entire state of Wisconsin. Because he came from such humble beginnings, Bart had the greatest respect for the work ethic, generosity, and true sense of family values that permeate Wisconsin.

A service will be held in Birmingham, Alabama on Sunday, June 9. The Starr family is currently making arrangements for an additional celebration in Green Bay.

The full obituary can be read on the Packers’ website.