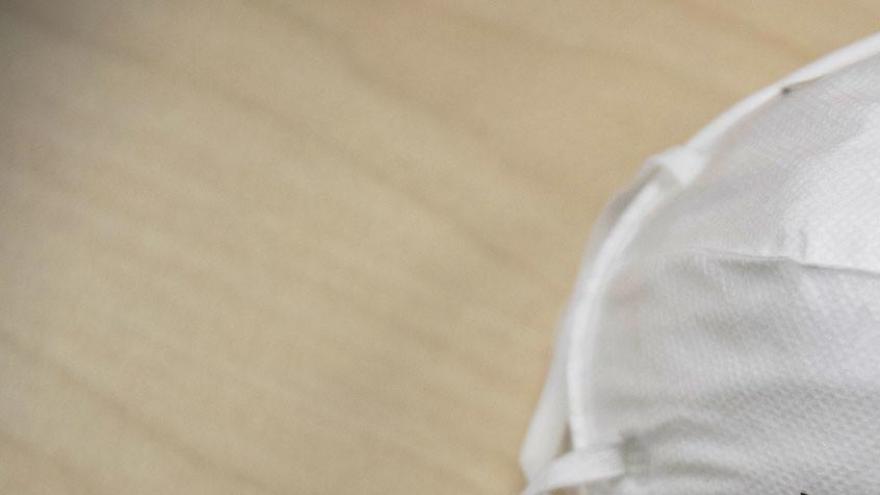 Scott Brady, the United States Attorney for the Western District of Pennsylvania, told CNN the Justice Department has launched an investigation into two foreign entities suspected of trying to defraud US health care companies out of millions of dollars as they work to respond to the growing number of coronavirus patients.

In the past month, one group of alleged scammers attempted to bilk US health care companies by offering the sale of N95 masks and demanding upfront payment of 40% of the total bulk purchase price. Part of the alleged ruse involved convincing buyers that some of the masks were already in the United States and ready for immediate delivery, however officials believe these representations were fraudulent and no masks actually existed.

Brady said the fraud was disrupted before any funds were transferred.

The federal investigation was first reported by the Los Angeles Times.

The alleged scam was discovered after the Service Employees International Union-United Healthcare Workers West (SEIU), a union representing California health care workers, many of whom are on the front lines of the Covid-19 pandemic, publicly announced last month it had located 39 million critically needed N95 masks from a supplier, and would be connecting local governments and hospital officials seeking to purchase masks for their employees.

The SEIU's announcement caught the attention of a Justice Department task force working to counter the hoarding of critical supplies during the pandemic, and it was interested in learning more about the individual attempting to sell such a large cache of critically-needed items. In addition to identifying potential scams, the federal task force also wanted to know whether the material fell under the category of critical medical items that could be seized under the Defense Production Act, according to a spokesperson for the US Attorney's Office in the Western District of Pennsylvania.

According to the US attorney running the investigation, one aspect of the claim that raised eyebrows at the DOJ was the fact 3M produced only 20 million N95 masks in all of 2019, yet the union's supplier was purportedly in possession of 39 million masks from that manufacturer.

A spokesman for the union told CNN they were contacted by law enforcement after issuing their news release and provided the Justice Department with the supplier's information.

Brady told CNN the supplier was identified as a man in Pennsylvania who claimed he was merely a middleman working with two foreign companies -- a broker in Australia and a supplier in Kuwait -- which are now both under federal investigation. The Pennsylvania supplier is cooperating with law enforcement and is not believed to have been knowingly involved in the alleged criminal activity.

Brady noted the SEIU and 3M -- which was reported to be the maker of the alleged N95 masks -- have also assisted authorities.

Following the original SEIU announcement, Kaiser Permanente, one of the nation's largest non-profit health care systems, placed an order for approximately 6 million masks; however, the order was canceled after officials at Kaiser became suspicious of the deal.

"Despite multiple requests, the supplier repeatedly failed to provide reliable information about where we could verify and inspect the shipment," Kaiser spokesman Marc Brown told CNN. "Because the supplier could not confirm the existence of the shipment, we withdrew from the arrangement and no money ever changed hands. We learned shortly afterward that the supplier never had possession of the masks."

N95 masks are currently among the most sought-after and scarce pieces of personal protective equipment for health care workers treating the thousands of US victims of the novel coronavirus.

"The health care systems and first responders are so desperate they're willing to pay whatever it takes to keep their personnel safe," Brady noted.

For their part, the two unidentified foreign entities targeted by investigators face possible wire fraud and other federal charges. A wire fraud conviction typically carries a maximum penalty of 20 years in prison, however, that number increases to 30 years in prison for violations associated with a presidentially declared emergency.

While the penalties are steep, Brady indicated the immediate goal of the Justice Department is to protect hospitals and their workers at the forefront of the coronavirus battle.

"We're trying to first disrupt the fraud as we identify it, and then start the traditional investigations going forward," he said. "But in the near term, what we want to do is disrupt it to make sure people in the US aren't victimized."

For those contemplating profiting from scams during the pandemic, Brady offered a stark warning.

"The Department of Justice has a long memory," he said. "If you have victimized and defrauded people, especially in the time of a national crisis, be sure that at some point in the near future, someone will be knocking on your door."