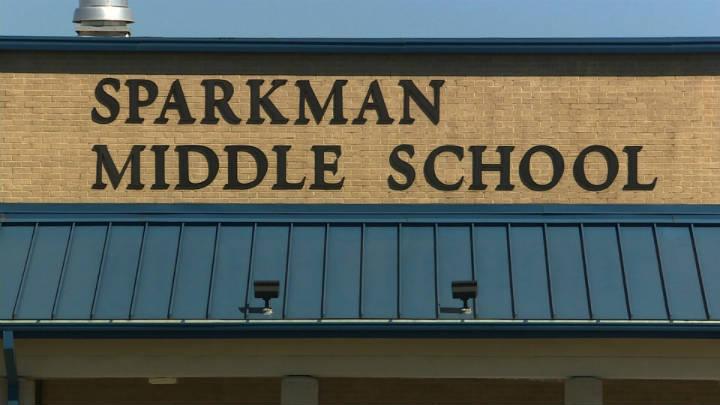 (CNN) -- It's been five years since a 14-year-old Alabama girl with special needs said she was persuaded by a teacher's aide to act as bait to catch an accused sexual predator.

The girl's life was changed forever, she said, when the accused predator, a fellow student, allegedly sodomized her in a school bathroom.

\"I just felt like I was set up by the teachers. They gave me a word that they couldn't keep,\" said the woman, who asked CNN to call her \"Jaden.\"

In 2010, Jaden's father filed a lawsuit against Madison County Schools and its officials, and after years of legal battles, Jaden, now 19, will have her day in federal court.

The U.S. Court of Appeals for the Eleventh Circuit has agreed to hear oral arguments in the case.

\"We look forward to discussing this case with the Judges who will be deciding it and ultimately letting a jury decide this matter,\" said Eric Artrip, the attorney representing the girl and her father. \"It has essentially devastated her life.\"

According to court records, a 16-year-old student approached Jaden in the hallway of Sparkman Middle School in Toney, Alabama, on January 22, 2010, and asked her to meet him in a bathroom for sex.

It was not the first time the boy had propositioned her, said Jaden, who was enrolled in the school's special education program.

Usually, she ignored him, but on that day Jaden told a friend, who suggested she tell a teacher's aide what was happening. The aide, June Ann Simpson, knew of other girls whom the boy had tried to lure into a bathroom for sex, according the lawsuit.

Simpson told the school's principal, Ronnie Blair, about the allegations.

According to a 2012 deposition, Blair told Simpson the boy would have to be proven guilty to be punished. In response, Simpson crafted a plan to prove the allegations, using Jaden as bait.

The idea was to have the girl agree to meet the boy in a bathroom. Simpson would watch surveillance video, and teachers would intervene before anything happened.

She acquiesced later that day, she said, explaining, \"I just wanted it to stop.\"

'He just gets away with it'

Key questions in her case center around who knew what, and when.

Jaden and Simpson claim they went to the office of vice-principal Jeanne Dunaway, and when Simpson told Dunaway about the plan, she said, Dunaway did not respond. During a deposition, Dunaway denied the conversation happened.

Jaden then left Dunaway's office and found the boy in the hallway to tell him they could \"do it,\" Jaden told CNN.

Simpson stayed behind to watch surveillance monitors, hoping to catch the two walk into the bathroom. She never saw them.

According to Jaden's written statement after the incident, the boy made a last-minute change. Instead of meeting in the boys' bathroom on the special needs students' corridor, the boy allegedly told the girl to meet him in the sixth-grade boys' bathroom, in another part of the school.

Once there, Jaden says she tried to stall the boy, hoping a teacher would rush in. She told him she didn't want to have sex, and she tried blocking him, according to her 2012 deposition. Nothing worked.

The boy sodomized her, Jaden said.

The alleged attacker was never charged, and the case was never presented to a grand jury, according to Madison County District Attorney Robert Broussard.

The incident was characterized as \"inappropriate (sic) touching a girl in boys bathroom,\" according to school disciplinary records. The boy was suspended from school for five days and sent to an alternative school for a short time.

The alleged attack was at least the 13th incident of sexual or violent misconduct in the boy's file, all within two academic years. While at the alternative school, the boy was suspended for sharing pornographic images on a cell phone.

He was eventually allowed to return to Sparkman Middle School, where Jaden was still enrolled.

\"My client has gone from being a teacher's aide to being a scapegoat,\" attorney McGriff Belser III told CNN.

Dunaway is now the principal at nearby Madison County Elementary School.

'Hard for me to have good days'

In 2013, a district court judge allowed the father's claims of state violations, including negligence, against Simpson and Dunaway. The judge tossed out the federal claims -- that the school district violated Title IX and that Simpson and school administrators deprived the girl of her civil rights.

Title IX is a federal law aimed at ending sexual discrimination in education. In part, it dictates how schools that receive federal funds must respond to claims of sexual harassment.

Both sides have appealed.

\"(Judge T. Michael Putnam) found the board of education's policies were proper. He found that the school administrators took appropriate action and complied completely with federal law as soon as they were notified of this unfortunate incident,\" attorney Mark Boardman told reporters in 2014.

Boardman's firm represents Madison County Schools and the administrators named in the 2010 lawsuit.

The firm has not responded to numerous calls for an interview. CNN reached out last year, when it first reported the story, and this week, as the network sought comment on the federal court agreeing to hear the case.

In 2014, the Justice Department's Civil Rights Division submitted a 126-page amicus brief to the U.S. Court of Appeals for the Eleventh Circuit, disagreeing with the district judge's order.

The brief, submitted jointly with the U.S. Department of Education, argues the school, in its capacity as a recipient of federal funds is \"liable for (its) deliberate indifference to known acts of peer sexual harassment.\"

\"If Title IX imposes any responsibility on school officials to prevent sexual harassment, it surely requires a response when they learn, as here, that a 14-year-old special needs student is about to be used as bait to catch a 16-year-old student with an extensive history of sexual and violent misconduct,\" federal attorneys wrote in the brief.

\"It means a lot. It says that people actually care about what happens,\" Jaden told CNN

Months after the incident, the teen transferred to a school district out of state, but eventually dropped out of school before graduating. Jaden continues to struggle, she said.

\"It's hard for me to have good days,\" she told CNN. \"I have days to where I just want to sit there by myself. I get angry faster, and I get insecure.\"

Asked what might help her, she stressed the importance of justice and closure.

\"By actually having our day in court and letting everything be known, so that it won't happen again,\" Jaden said.

A date for her case has not yet been set, but the court will likely hear oral arguments within three to five months, according the clerk's office.