Andrew McCabe steps down as deputy FBI director amid pressure 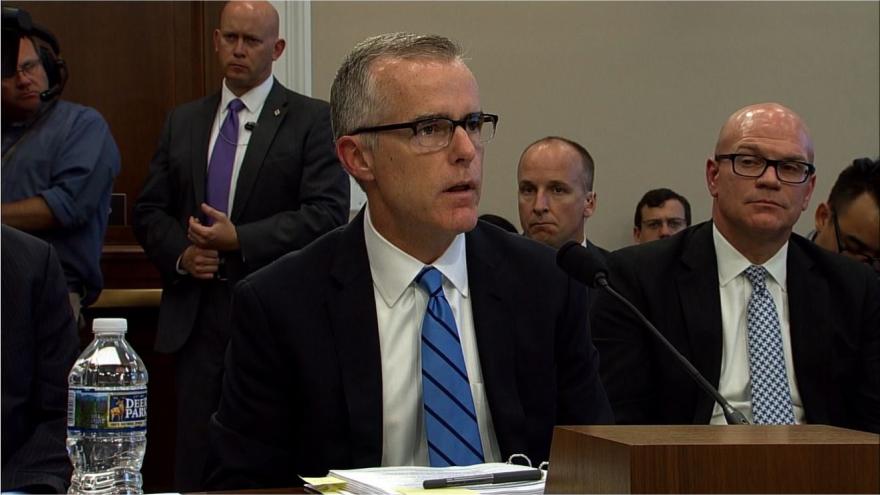 (CBS NEWS) -- FBI Deputy Director Andrew McCabe is stepping down from the FBI, CBS News' Pat Milton has confirmed.  According to Milton, a source familiar with the matter confirmed that McCabe was urged to step down. However, sources at the FBI said that this was largely his decision, CBS News' Andres Triay reports. He is currently on what's known as "terminal leave," that is, McCabe had accumulated enough leave time to depart the FBI now. His official retirement is in March.

The White House had no comment on the matter, although White House press secretary told reporters Monday that "the president wasn't part of this decision-making process."

McCabe was under considerable scrutiny from Republicans, as special counsel Robert Mueller's investigation into Russian election meddling and any ties to Trump associates continued. McCabe took temporary charge of the FBI after President Trump fired FBI Director James Comey earlier this year, and some skeptics viewed McCabe as too close to his former boss.

After the president fired Comey, he asked McCabe, who was then the acting FBI director, whom he voted for in the 2016 presidential election. Mr. Trump also expressed his anger with McCabe over his wife's ties to the Clinton family during the same meeting in May, the Washington Post reported last week.

Republicans have long been skeptical of McCabe, who was connected to the FBI Clinton email investigation, because of his wife's ties to Democratic politics. McCabe's wife, Jill McCabe, received $500,000 in donations in 2015 from Virginia Gov. Terry McAuliffe, a close ally of the Clintons, in her bid for statewide office. Republicans asked why McCabe didn't remove himself from the Clinton email probe, perceiving a conflict of interest. McCabe's wife's campaign ended months before he become involved with the investigation, according to the FBI.

Some of that skepticism intensified when Republicans learned earlier this month that Mueller removed former FBI agent Peter Strzok from his team over allegations that Strzok exchanged anti-Trump texts with another now-former member of Mueller's team, Lisa Page. Strzok was also key in the Clinton email investigation, which McCabe was a part of leading up to the 2016 presidential election.

McCabe, 49, first joined the FBI in 1996, and was to be eligible for retirement benefits this year.