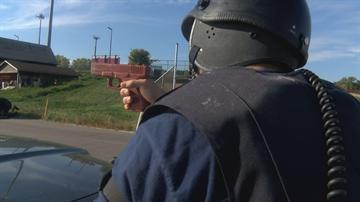 MILWAUKEE- The just-released “A Study of Active Shooter Incidents in the United States Between 2000 and 2013” contains a full list of the 160 incidents used in study, including the one that occurred at the Sikh Temple of Wisconsin.

It said that these incidents resulted in a total of 1,043 casualties (486 killed, 557 wounded—excluding the shooters).

All but six of the 160 incidents involved male shooters (and only two involved more than one shooter).

In 21 of the 45 incidents where law enforcement had to engage the shooter to end the threat, nine officers were killed and 28 were wounded.

The course integrates military and emergency medicine into SWAT teams and high threat police responses and trains paramedics to operate in dangerous tactical situations, where they would not normally go.