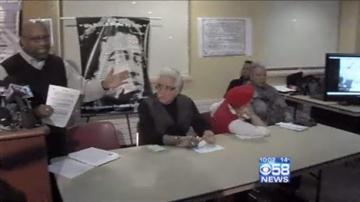 WEST ALLIS-The father of Corey Stingley, a 16 year old who died after being restrained by customers for shoplifting, has approached the U.S. Department of Justice to take a look at his son's case.

At a press conference Thursday, he presented a portion of surveillance video which he says clearly shows the customers held his son in a choke hold.

He says this refutes the conclusion of Milwaukee County District Attorney John Chisolm who told CBS 58 News that he filed no charges because there was no intent by the customers to cause harm.