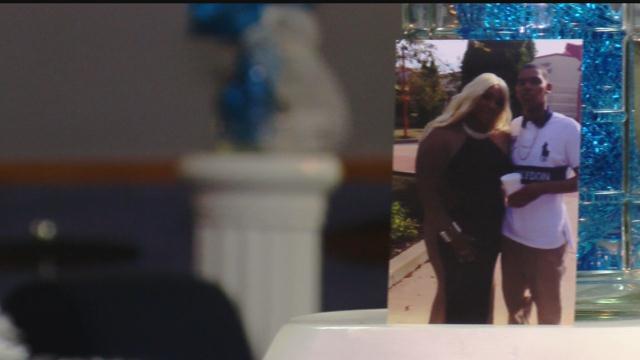 Milwaukee police are looking for the man who, they believe, shot and killed a 21-year-old man Tuesday morning. The family of Michael Prescott spoke to CBS 58, Thursday, in an effort to convince that person to surrender to police. Family members say Prescott was shot and killed outside his ex-girlfriend's house near N. 12th St. and W. Walnut St. by someone who knew him.

"I like to look at Michael as perfect, he was really really good," Prescott said.

Prescott's family is trying to make sense of what happened.

"Just loved everyone, but yet was viciously murdered down at point blank range," Dr. Prescott-McClinton said.

As the family keeps strong through prayer, they're delivering prayers to Michael's killer, as well.

"I just wanna ask him to turn himself in because I don't want nothing to happen to him," said Apostle Micky McClinton, Prescott's step-father.

The family said Prescott's funeral will be held at the Holy Redeemer Church of God in Christ, which is where Prescott went to School. The church is located at 3500 West Mother Daniels Way in Milwaukee. Visitation begins at 11:00 AM and the funeral itself begins at 1:00 PM. The family has set up an account to help pay the enormous cost for the funeral. It's called "Benefit Account for Michael Prescott Junior" at any Associated Bank branch. The family is also holding a vigil Friday night at the spot where he was killed.