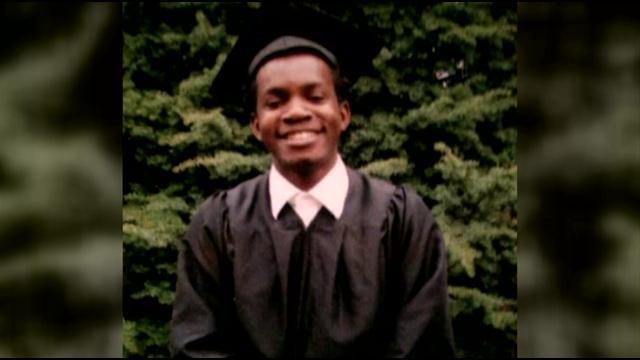 Tears were mixed with anger at a second vigil for Kendrai Walker. The 18-year-old was shot in killed in an alley near 28th Street and Burleigh May 15th, the following day the family tried holding a vigil for him. There, five family members were shot, including Kendrai's mother. Today, his brother Nathaniel Moore, decided they would not let criminals keep them from paying respect.

This time along with family, the block was filled with police, a barrier of safety to allow them to grieve.

\"At first I was scared to come back over here, but when my cousin told me police would be here, I felt safe,\" Walker's cousin Crystal Moore said,

Still, the neighborhood could not help but to feel violated by all of the senseless violence. Many questioned why things had gotten so bad. The answers don't come easy.

\"Hopefully it hits somebody heart, somebody soul, if they see me talking, stop the violence.\" Nathaniel said.

That plea has been heard many times. Community leader Eric Rodriguez says they are not going to beg anymore, they're taking the streets back themselves.

The family of Kendrai is still trying to raise money for a proper burial. You can find his go fund me account here.