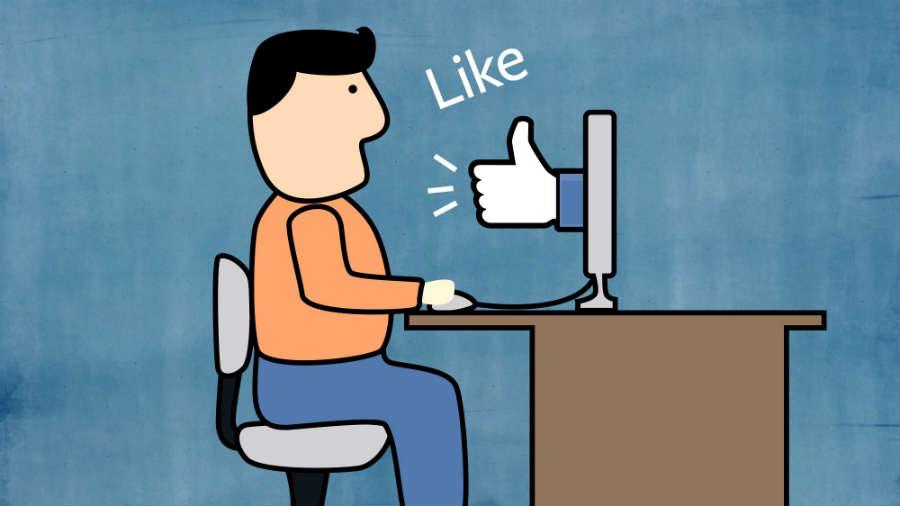 NEW YORK (CNNMoney) -- You think no one knows you better than your family and friends? Wrong.

There's something else that \"gets\" you better than your inner circle, according to a study from Stanford University and the University of Cambridge.

Computers, or artificial intelligence, can judge a person's personality traits just as accurately as their spouse -- sometimes even more precisely.

For each question, participants were asked to answer on a five-point scale ranging from strongly agree to strongly disagree. Respondents also gave researchers access to their Facebook \"likes\" on things such as articles, videos, artists and movies.

\"First we trained the computer to match 'likes' to certain personality traits,\" said Michal Kosinski, co-author and a postdoctoral fellow at Stanford's computer science department. \"If someone, for example, liked 'Pulp Fiction,' it would assess that he or she has an 'openness' score that is maybe higher than average.\"

Using the combined data, the researchers created an algorithm to see how closely a computer could predict a respondent's personality compared to the assessments from family and friends, said Kosinski.

Turns out the algorithm, which analyzed 10 \"likes\" of each respondent -- produced a much more accurate match than those closest to the individual.

People's judgments were based on their familiarity with an individual, while the computer used a person's digital signals.

\"It shows that machines can get to know us better than we'd previously thought,\" Kosinski said, adding that this could lead to \"emotionally-intelligent\" computers in the future.

\"In this context, the human-computer interactions depicted in science fiction films such as 'Her,' seem not to be beyond our reach,\" he said. In the film, a man strikes up a relationship with a computer operating system that functions much like a person, with intuition and emotions.

Still, detecting personality traits that are more emotion-driven, like intuition, might be best left to humans, said Kosinski

In terms of real-life applications, such \"socially skilled\" computers could one day help with job placement and product development -- it could even help you find your soul mate, he said.

It saves time and could likely surface more \"honest\" matches.

\"You ask someone in a job interview questionnaire if they are interested in art and poetry, for example. If it's a requirement for the job, of course the person will answer that they are, regardless of the truth,\" said Kosinski.

While this could be good news for employers, the study acknowledged that it might also introduce privacy concerns.

\"With the algorithm, it's much more difficult to be dishonest because you can't fake your digital footprint,\" Kosinski said.