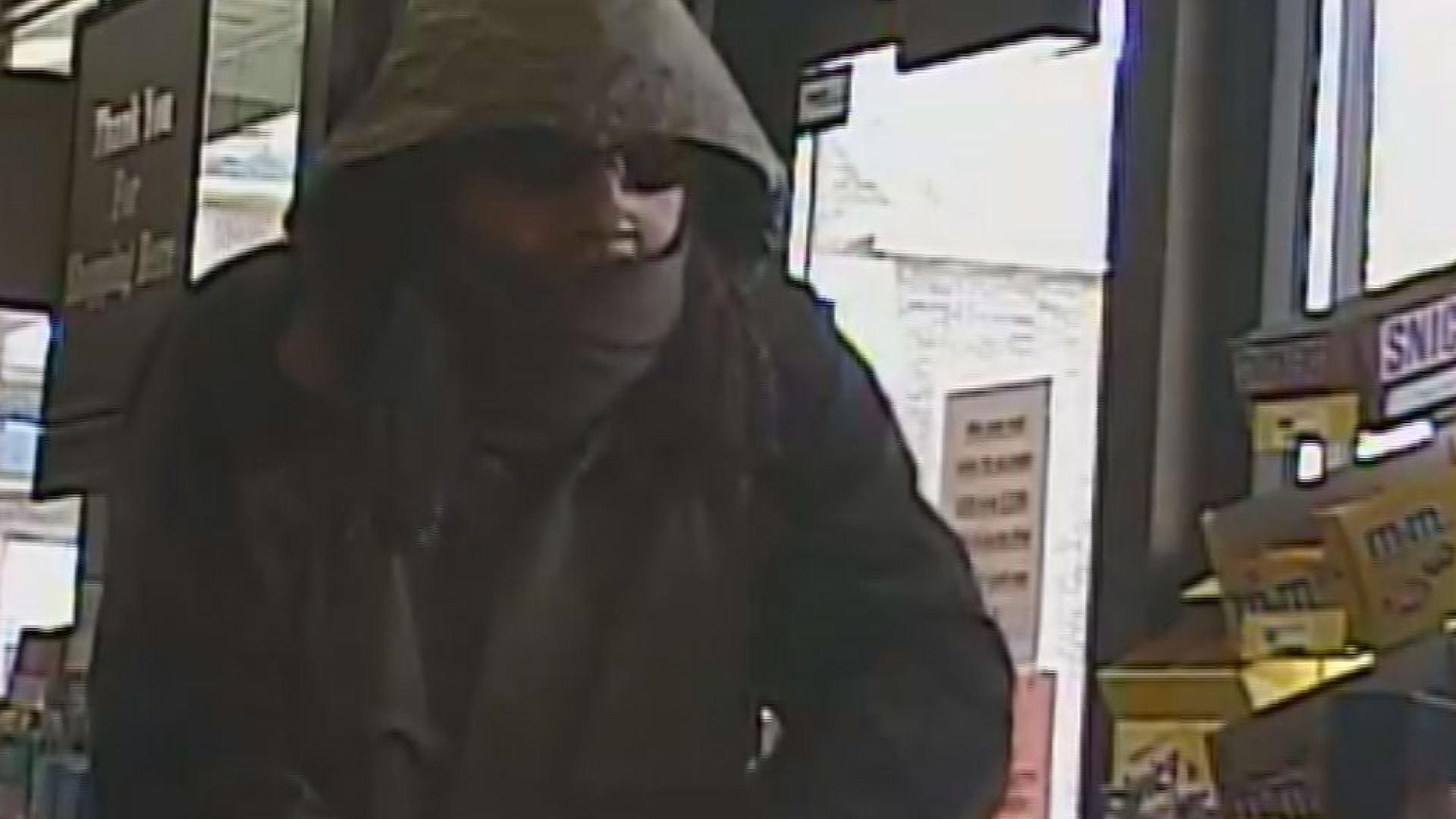 On Sunday, Maas Petro in West Allis was robbed by a masked gunman.

The suspect was wearing sunglasses, had his hood up, and used a scarf to cover his face.

He pulled his gun out after he was told by an employee to take his hood and scarf off.

The clerk behind the counter recalled that the gunman kept saying he would shoot people.

He also demanded money and jewelry from everyone in the store.

Once he obtained some cash, he runs off.

One employee, Chris Gadbois, chased after the suspect as he tried to leave.

Gadbois said he tackled him in the parking lot.

The suspect was able to get away, but lost a shoe and forgot his bike in the process.